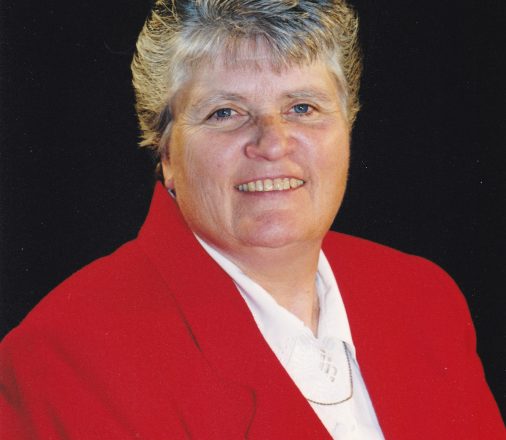 Susan Rock, 84 of Washington Island, Wisconsin died on November 14, 2021. Susan is survived by her son Michael McCauley and his son Dean McCauley, and by her daughter Kathryn Love and her husband Jack. She is also survived by her brother John Rock, his wife Betty, and their extended family. She was preceded in death by her parents, Frances (Haluza) Rock and Theodore Rock.

Susan was born and raised in Cedar Rapids Iowa, graduating from Wilson High School in 1955. She attended Iowa State Teachers College (now University of Northern Iowa), earning a Bachelor’s Degree in 1959 and a Master’s Degree a year later, both in Math Education.

After earning her degrees, her first teaching job was at Grinnell High School in Grinnell, Iowa. After teaching math in Grinnell for two years, she taught math for a year at Dike High School in Dike, Iowa. In 1963 she moved to Crystal Lake, Illinois to teach math at Cary-Grove High School. After a year, she took time off to start a family with then husband, Harry McCauley. After the birth of her two children, she returned to teaching in 1967, this time at Crystal Lake High School (now Crystal Lake Central). In 1978 she moved to Crystal Lake South High School where she was on the original faculty who opened the new school. Susan had been a Campfire Girl in her youth, and for a few years served as a leader for her daughter’s Campfire Girls group. As her family grew up, they went on numerous road trips to all parts of the country. This included, among others, a trip across the American southwest and up the coast of California, as well as a trip to the East Coast for the Bicentennial year.

In the late 1980’s she began work on a doctoral degree in math education at The University of Wisconsin-Madison, and earned her PhD in 1992. While working on her PhD she supervised student teachers, something she would continue to do as a professor at The University of Wisconsin-Oshkosh, and later at Valley City State University in North Dakota. Teaching was a life-long passion that continued into her retirement as a math tutor.

Susan retired to Washington Island where she became very involved in the community and made lasting friendships.

Susan will be laid to rest on Washington Island. A memorial service will be planned for a later date.

Casperson Funeral Home & Cremation Services in Sister Bay is assisting the Rock family. Expressions of sympathy, memories, and photos of Susan may be shared with her family through her tribute page at www.caspersonfuneralhome.com.