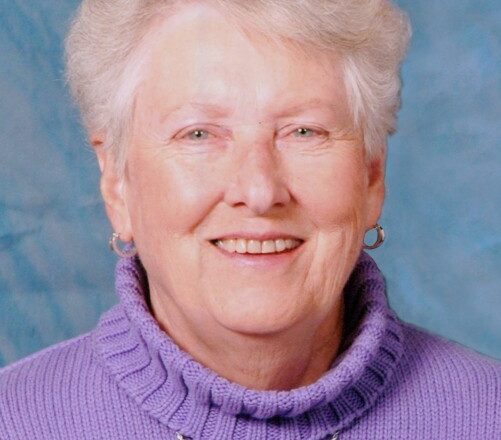 She was born June 17, 1937 in Milwaukee, Wisconsin to Leonard and Edna Kramer. Sue graduated from Milwaukee Washington High School in 1955 and later attended Wisconsin State College. During her time in college, she served on the Student Interest and Life Committee that was part of the formation of UW-Milwaukee. She was also the City Desk Editor of the UWM Post and was a member of the UWM Student Government. There Sue met Werner Krause who she married in 1958.

Over the next four years, they brought three children into the world and moved into their first home in Brookfield. Her children remember her as a loving and nurturing mother. They have many fond memories of mom; she taught them the nuances of caring for various live critters (e.g., snakes, crabs, dogs, etc.), accepting many as pets, and her ringing the cow bells to call everyone home for dinner. She was Werner’s loving, supportive, collaborative life partner and wife for more than 63 years.

She leveraged her leadership skills to develop a local neighborhood park, a teenage managed teen center and had her stage acting debut with the Brookfield Players. Once the children were in school, she returned to UWM and graduated in 1972 with a BA in English/Mass Communications. Shortly thereafter, Werner’s career moved them to Sheboygan, Wisconsin.

Sue had many interests and hobbies. Her interest in boating/sailing led to being accepted as one of the first female members of the Sheboygan Yacht Club, where she became a certified boat lift crane operator.  She held the position as Executive Secretary of the Lake Michigan Sail Racing Association for more than ten years. In collaboration with Windway Capital, Sue was instrumental in developing major portions of the “Ice Age Trail”. She also served as a Board member for the Sheboygan Historical Society. Her interest in the theater continued with the Sheboygan Theater Company as Playbill editor for more than 15 years, actor, backstage support, Board of Directors member and was awarded a life membership.

After retirement and a move to Door County and Florida in the mid-90s, she was an active member of the Platinum Point Yacht Club (Florida) Olympic Qualification Committee for Soling class competitors. In Door County, she was a member of Shepherd of the Bay Lutheran Church and was involved with the Ellison Bay Women’s Club, which inspired the establishment of the Susan M. Krause Women’s Scholarship Fund. She also served on the Board of Directors of the Sister Bay Historical Society.

She is survived by her husband, Werner; daughter, Patricia (John) Krause-Bordak of Beaver Dam; sons, David (Becky) of Marshfield and Steve (Barbara) of Denver; grandchildren, Abigail (Scott) Raaflaub, Jaclyn, Alexander, Madeleine, William and Benjamin; and great-grandchildren, Jackson and Austin Raaflaub. She is also survived by her brother, John (Gail) Kramer and many relatives and friends.

Sue’s family wishes to extend a heartfelt thank you to Carol Williams (Home Instead) and to the staff at St. Vincent’s Hospital for their compassionate care and support.

A Celebration of Sue’s life will be held on Wednesday, August 4, 2021 at Shepherd of the Bay Lutheran Church in Ellison Bay at 1:00 p.m.

Family and friends are invited to gather at church from 11:00 a.m. until the time of the service.

Casperson Funeral Home and Cremation Services of Sister Bay is assisting the family. Expressions of sympathy, memories, and photos of Sue may be shared with her family through her tribute page at www.caspersonfuneralhome.