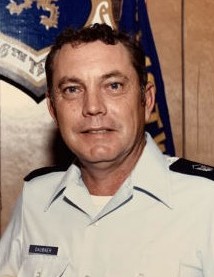 He was born in Green Bay to Stephen Aloysius Daubner Sr. and Marie Yvonne (Brown) Daubner.

On October 12, 1968, he married Margaret O’Brien in Duluth, Minnesota. Terry was an outdoorsy man who loved golfing, guns, airplanes and collecting coins.

He will be missed by his loving wife of 53 years, Margaret Daubner; son, Terrence John Daubner Jr.; five sisters; one brother; and many nieces and nephews.

He was preceded in death by his parents, Stephen and Marie Daubner; and brother, Stephen A. Daubner Jr.

In honor of Terry’s wishes, no formal services will be held.

Huehns Funeral Home and Door County Crematory of Sturgeon Bay are assisting the Daubner family. Expressions of sympathy, memories and photos of Terry can be shared at huehnsfuneralhome.com.