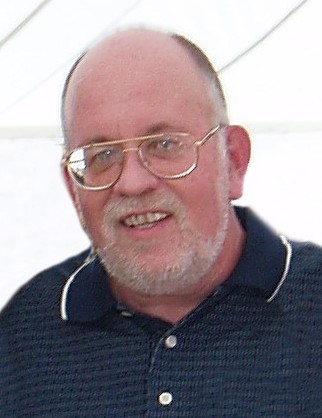 Terry Lee Samonds, Sr., 72, of Sturgeon Bay, peacefully passed away Monday evening, May 18, 2020 at St. Vincent Hospital in Green Bay, where his children were still fortunate enough to say goodbye and be with him in these difficult circumstances.

He was born December 25, 1947 in Westchester, IL, the son of Ernest Melvin “Mel” and Virginia (Holland) Samonds and the perfect Christmas present for his sister, Carolyn, who would carefully try to keep him out of trouble for at least the next 40 years. Terry graduated from Proviso West High School in Hillside, IL in 1966 and went on to study and earn a degree in Education with emphasis on Industrial Arts from Eastern Illinois University in Charleston,  where he was member of Sigma Tau Gamma. While at college, he met Shari Murphy, and they were eventually blessed with three children. He was blessed with a wonderful second daughter later in life that he raised on his own, and with the help of his older daughter late in life.

Terry was best known for his craftsmanship, using those skills in the family business to create detailed scale models for architectural, engineering, and real estate projects. His models have been displayed in local museums in Sturgeon Bay and business lobbies around the world. He also used those skills working as a toy designer playing an important role in many of the toys that became popular in the 1980’s. He also loved the sales side of business, even working as a car dealer for a period of his life. Later in life, he focused on his entrepreneurial ambitions, designing and selling a beer pitcher that could hold ice called the Frostar Pitcher.  Even after suffering a devastating second stroke that put him into a wheelchair, he continued to create and sell, writing a newsletter/magazine telling stories about the history of Sturgeon Bay with ads for local small businesses. He was still worried about finishing another issue in his final days.

When Terry moved to Wisconsin, he fully embraced the culture. He loved attending Packers games, cross-country skied, brandy was his drink of choice, and he would ride the lawnmower down to the Neighborhood Pub for “meetings” with Chris Watson. On the weekends, he would bar hop his way to Wisconsin’s golf courses and casinos with Chris and his championship pool partner, Jim McQueen.

What was lesser known about Terry was that he was a teacher early in life and taught disabled children at Sturgeon Bay’s Cherry School. When moving back into his parents’ house for a period after they passed, he spent a lot of time helping out with the charitable activities of the Westchester Community Church. He had a big heart and would always go out of his way to help the underdog, regardless of their background or circumstances. Not only did this apply to people in his community, but also to animals. Throughout his life, he rescued animals, including older dogs with underlying health issues.

He was preceded in death by his parents, Mel and Virginia; sister, Carolyn (Richard-listed above) Frandsen; best friend, James McQueen; other relatives; and his many rescued dogs and cats over the years including Sparky, Tootsie, Snuffles, Schmedley, and Hannah, the basset hound.

SERVICE POSTPONEMENT: The celebration of Terry’s life initially planned for Saturday, August 22, 2020 at Huehns Funeral Home in Sturgeon Bay has been POSTPONED FOR A LATER DATE – TO BE ANNOUNCED.

Those attending the visitation and/or services are to wear face masks and maintain social distancing.

“Our family would like to express our heartfelt thanks to the staffs of Unity Hospice and St. Vincent Hospital for their care given to our dad.”

Huehns Funeral Home, Inc. & Door County Crematory LLC in Sturgeon Bay are assisting the Samonds family. Expressions of sympathy, memories, and photos of Terry may be shared with his family through his tribute page at www.huehnsfuneralhome.com. A (live video condolence or remembrance) “Hug” may be recorded and privately shared with his family at https://www.sendhugs.com/record/AalOSLg2nJU/Terry-Lee-Samonds,-Sr.