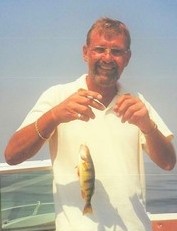 Thomas Eugene Derse, 73, passed away on April 17, 2020 in his Sturgeon Bay home from natural causes. His son Daniel was by his side and cared for him in his final days.

Tom was born in Milwaukee, Wisconsin on December 3, 1946 to the late William and Isabelle Derse. He is survived by his son Daniel and granddaughter Arielle, daughter Nicole and son-in-law Alex, sister Mary (late Ronald), brothers Bob (Susan), Jim (Linda), John and Rick (Cynthia) and many nieces, nephews, cousins and friends. He is preceded in death by his sister Kathleen (late Robert) and brothers William (Carrie) and Michael (Kris).

At only seventeen years old, Tom bravely enlisted in the United States Navy but spent nearly all his service time attached to the United States Marine Corp (USMC). Tom served as a combat corpsman in both services, completing three tours of Vietnam and saving many servicemen’s lives. He was awarded the Military Order of the Purple Heart, among other decorations and upon being honorably discharged, returned to Wisconsin. He lived with the scars of war every day since, but later in life, found solace by becoming active in the community of veterans throughout the world.

Tom Derse worked as a mechanical engineer and founded his own heating and cooling company. He was curious and read voraciously. Tom spent time living in Australia, the Philippines, and Arizona, but returned to his home in Door Country for his final years. Tom found joy in lake perch fishing, drinking cold beer, laughing with loved ones, and enjoying his freedom.

The family will hold a memorial service at a future date. In lieu of flowers, please donate to the Door County Veterans of Foreign Wars, 744 Delaware St. Sturgeon Bay, WI 54235.

Huehns Funeral Home, Inc. & Door County Crematory LLC in Sturgeon Bay are assisting the family. Expressions of sympathy, memories, and photos of Thomas may be shared with his family through his tribute page at www.huehnsfuneralhome.com.