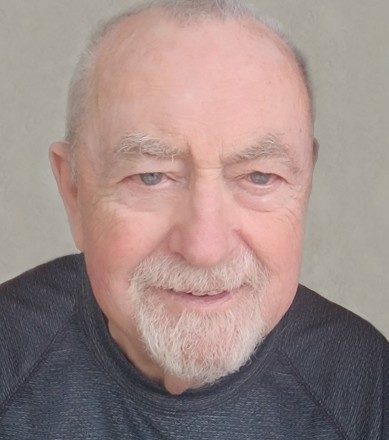 Thomas Penglase Bullock, 79, formerly of Marquette and recently of Iron Mountain, died surrounded by his loving family after a very long, but courageous battle with Parkinson’s Disease and Lewy Body Dementia.

He was born in Marquette to Clarence “Pinky” and Rubye (Penglase) Bullock. After graduating from Marquette Senior High School, Tom attended Northern Michigan University. In 1963, he graduated with his bachelor’s degree in education and began teaching at Racine Horlick High School.

On Aug. 20, 1966, Tom and Penny Joan Adams were united in marriage in Zion, Illinois. Tom moved on from teaching and owned several real estate companies. He first purchased Closser Realty in 1976 and then Closser Bullock in 1979, later changing the name to Coldwell Banker Bullock Realtors. In 1990, Tom became partners with Select Realty, where he worked until his diagnoses and retirement in 2005. Although he was diagnosed with Parkinson’s Disease for 16 years, he fought the disease with a vengeance for nearly 20 years.

Tom was president of various organizations and had many achievements, including being president of the Chamber of Commerce, UP Board of Realtors and the Exchange Club. Tom and Penny eventually retired to Lake Placid, Florida. He was a well-established businessperson, but nothing came before his family. Tom was proud of the family home/camp he built in Big Bay and was an avid Redmen football fan.

Tom was preceded in death by his parents, Pinky and Rubye Bullock.

In honor of Tom’s wishes, a celebration of life will be held in Marquette in the spring of 2021.

A tribute page is available at huehnsfuneralhome.com.