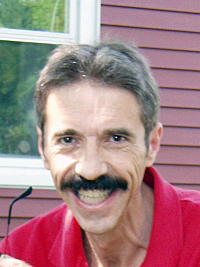 Tom Charles Hanrath was born on February 6, 1954 in Monroe, WI to Frank and Elaine Hanrath. He graduated from Marshfield High School before enlisting in the United States Navy, where he served for five years. Tom was a member of Underwater Demolition Team 21 and Seal Team One. He then pursued a career as a Biomedical Electronics field engineer. Tom married the love of his life, Kathleen Stacey, on October 29, 1983, and together they were blessed with three children. Tom also created his own motivational speaking company, and enjoyed using the many challenges he had overcome, including stage three throat cancer and a parachute malfunction while in the military, to inspire others to “never forget, never quit.” Tom loved people, and seized every opportunity to make a new friend. He sought out the least, the lost, and the last. From sharing a personal story of struggle, to lighting up someone’s face with a magic trick, Tom left a lasting impression on every single person who crossed paths with him.

Tom was a truly remarkable person, who had an endless collection of stories to share with whoever he encountered: While serving as a military policeman, he was awarded a citation for mouth to mouth resuscitation; has a film credit on the well known movie, “A Christmas Story” as an assistant sound editor; was an award winning diver in high school as well as in the Navy; competed in Eau Claire’s “Karaoke for a Cure” multiple times; gave children sermon’s, performed on Palm Sunday, and was a Sunday school teacher at Hope United Methodist Church; sang the National Anthem at military and military-related functions, and served through Interfaith Hospitality Network.

Tom’s greatest blessings called him dad; his greatest achievement was the honor of being a member of UDT 21 and Seal Team one; his greatest joy was bringing a smile to the face of everyone he met; his greatest passion was inspiring and encouraging children to follow their dreams and realize their unlimited potential.

The Hanrath family would like to thank the dedicated and compassionate staff of Mayo Clinic Health System of Eau Claire: Emergency Department, Critical Care Unit, and fifth floor PCU for their incredible expertise, genuine concern, and unwavering care of not only Tom, but of his family as well.

In lieu of flowers, memorials may be given in Tom’s name to the National SEAL Trident House and Museum at http://www.navysealmuseum.org/support-us-navy-seals/formgive-to-support-the-museum-memorial-and-trident-house.

Friends and family may offer condolences online at www.hulkefamilyfh.com.