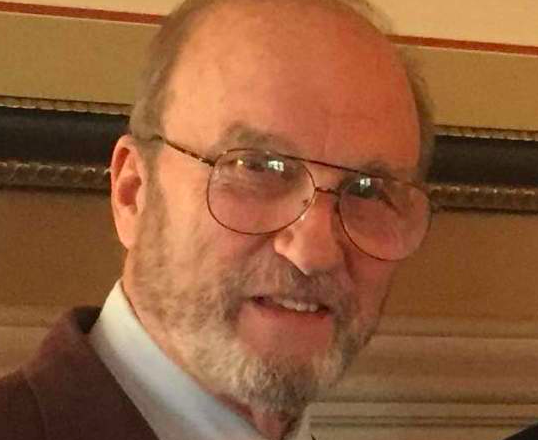 Tom was born in Sturgeon Bay as one of three boys — Bobby, Tommy and Jeffrey — born to Karl and Harriet (“Skip”) Reynolds. Karl, the president of Reynolds Brothers cherry orchard and canning company, was killed in a plane crash in Door County in 1948. Several years later, Skip married Colonel Joseph J. Peot. As a result, Tom and his brothers grew up on Army bases around the country, with Tom graduating from high school in Carlisle, Pennsylvania, where Col. Peot worked in the U.S. Army War College.

Tom graduated from Carroll College in 1967 and Drake Law School in 1972. He was drafted in the middle of law school and spent two years in the Army. Tom married Marlene Kolbow of Oak Creek, Wisconsin — also a graduate of Carroll College — in 1969. Always longing to return to Door County, Tom moved with Marlene to Sturgeon Bay in 1973, and they have been full-time residents of the city ever since. Tom loved sailing the waters of Door County.

Tom was elected Door County district attorney in 1974 and served two terms. For most of his professional years after serving in that role, he maintained a private law practice concentrating in real estate and commercial litigation. He also briefly served as general counsel for the Bank of Sturgeon Bay and was an owner and board member of Packerland Brokerage Services for the last 24 years of his life. During his time in Sturgeon Bay, Tom was a county board supervisor and active in the Power Squadron, Jaycees, Heart Fund, Big Brothers Big Sisters and the Cub Scouts.

Tom is survived by his wife, Marlene; three sons, Toby (Kristin) of Milwaukee, Jonathan (Jen) of Mill Valley, California, and Joe of Green Bay. Other survivors include Tom’s brothers, Bob of Jackson, Michigan, and Jeffrey of Pensacola, Florida; and five grandchildren, Grace, Henry, Alex, Collin, and Charlotte. Tom was preceded in death by his parents.

A memorial service will be held at Hope United Church of Christ in Sturgeon Bay on Saturday, April 13, at 11 am.

Special thanks go to Tom’s cousin, Mary Aiken; friend Maria Olga Foshion; and all the wonderful staff at Unity Hospice for their care and support.

Huehns Funeral Home and Door County Crematory are assisting the Reynolds family. Expressions of sympathy, memories and photos of Tom can be shared through his tribute page at huehnsfuneralhome.com.