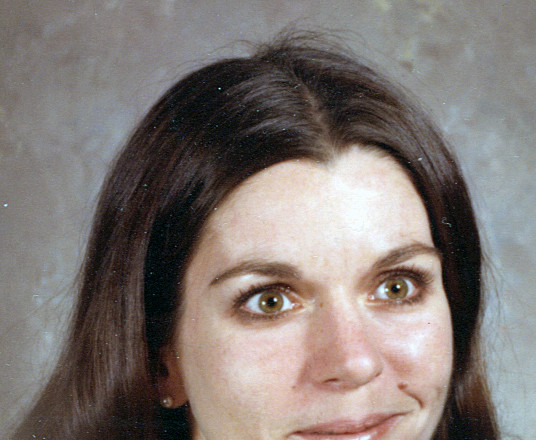 The ever-brilliant, feisty, beautiful, witty, opinionated, loving, tireless fighter and trailblazer Valerie Jo (Garbe) Fidler lost her valiant multi-year battle with COPD on February 3, 2016, at the too-young age of 67.  Our devastating loss is heaven’s gain, though we fully expect that God will have his hands full with a woman who routinely stood up to Las Vegas Strip casino owners and always won.

Born on June 29, 1948, in Corpus Christi, Texas to Harold and Virginia (Pivonka) Garbe, Valerie grew up in idyllic Sturgeon Bay, Wisconsin, often living with her beloved aunt and uncle Allen and Dorothy (Pivonka) Weber, where she and their son Ronald “Butch” Weber spent childhoods getting into all kinds of fun and trouble, including sneaking out one night to catch a record-setting fish, an escapade that came with both local acclaim and some serious trouble when they got home.  Valerie grew up surrounded by a beloved extended group of aunts, uncles, and cousins whose memories she held dear and alive long after most of them had passed.  The stories she told of cocktail and dinner parties, the many musicians, and the fearless women who would swim across Sturgeon Bay and looked great in bikinis into their sixties obviously influenced the strong, stylish, sassy woman she would become, and we trust that they are all having a grand time now that she has joined them.

After graduating from St. Joseph Academy in Green Bay, Valerie attended Milwaukee Tech and worked as a draftsman for noted architect Roger Sutherland.  It was at one of her afternoons at Roger’s office that she first met William “Bill” Fidler, Jr., who came in seeking confirmation on a plan for a concrete pour he was doing across the street only to be told by her that he was doing it wrong.  The tenor of their lifelong love affair was cemented right there.  Married on December 22nd or 23rd, 1970 (they’ve never agreed on the date), and occasionally referred to as the Famous Fighting Fidlers of Brady Street, Bill and Val were equally matched in will, determination, and unending love for each other.  Although they often lived apart after Bill started working overseas in 1979, their time together was always an adventure.  Together they traveled the world, as she played art historian and historical guide in Italy, France, Egypt, Israel, Jordan, and Mexico.  She put up with numerous visits to Saudi Arabia and only once illegally drove around dressed as a man blasting Rock the Casbah when the truth is that she wanted to do it every day she was there.  She introduced Bill to Bernini and whole fresh fish, and he has never been the same.  He is especially grateful to have spent every day this last year helping care for her in her battle to regain her health and finally became the sous-chef she always wanted.

After taking time off to care for her daughter, Danielle Caroline Fidler, Valerie went back to school in 1977 as one of a handful of women in the University of Nebraska-Lincoln’s architecture program, where she impressed peers and professors with her talent and drive.  She was also very active in helping other women in architecture and put her notoriously exacting grammar skills to good use editing the architecture school newspaper.  Over the next several years, she worked full time, went to school part time, and raised her daughter as a mostly single mother, a feat that has never ceased to amaze and impress her daughter, who very much enjoyed being a mascot for the architecture department and notes with pride that she was trained in the careful use of an x-acto knife to help build tiny planter boxes for her mother’s models at the age of 8.  A woman whose motto was “God is in the details,” her daughter learned firsthand that shortcuts are rarely worth it and the key to surviving an all-nighter (or several) before a major presentation is to always leave enough time to make sure you are freshly showered, dressed impeccably, and look like a million bucks (do NOT skip curling the hair); you’ll feel better and if you look great, your work looks that much better.  Valerie’s upbringing with ladies who might best be described as iron fists in velvet gloves served her well as a woman in a heavily male-dominated field in 1970s America; she routinely stood up to discrimination, never backed down from a conflict, and called people out openly on bad behavior.  She could be gloriously terrifying when fighting injustices large and small, and had a reputation for being kind, helpful to others, and loved excelling at her job.  These traits were especially helpful when she transitioned to a career with the Clark County Health Department as an inspector overseeing pools and restaurant installations on the Las Vegas Strip – and if she refused to allow a casino’s extremely expensive soft opening party at its famous pool to take place because they didn’t have enough life guards, it wasn’t because she was being picayune, it’s because she knew she was protecting peoples’ lives.

In addition to her impressive career, Valerie was known as a consummate hostess, throwing parties legendary among adults and kids alike.  An amazingly talented cook, guests could expect elaborate gourmet spreads served at least an hour late and lively debate until the wee hours.  The Halloween Party on Bridger Road became so popular that neighborhood kids would start describing costume plans to her in August.  Though their grammar would be corrected and they were expected to clean up after themselves, Val generally treated kids as small adults and so was often sought out by Danielle’s friends from grade school through college for conversation and advice, and Danielle would not infrequently come home to find her friends hanging out talking with Val without her.  Valerie wasn’t just a mother, a good friend, a nice colleague, or caring relative. She had an enviable wardrobe, an impeccable sense of style, drove like a bat out of hell, gave the most thoughtful and elaborate gifts, could recite Jabberwocky with flair from memory, and introduced everyone to sushi before it was popular.  In short, she was utterly fabulous.

Valerie leaves behind friends and family forever better for having known her, including her husband Bill and his family (parents Bill Sr. and Jane, and siblings Paul, Jerry, and Sue along with their families), daughter Danielle and son-in-law Casey Cichowicz, cousins Ron and Marie Weber whom she always thought of as siblings, their children Beth and Aric, as well as their families.  She just missed meeting her only grandson William “Liam” Llewellyn Valentin Cichowicz by one week, but she was following his every ultrasound and was already a very excited and proud grandmother and of course made sure he had some incredibly stylish duds waiting for him.  We expect that she is watching over him like a hawk and will live on in him, as she does with all of us.

A memorial service will be held on Saturday, March 12, 2016 at 1 pm at St. Joseph’s Catholic Church in Sturgeon Bay, Wisconsin, with visitation from 12pm to 1pm and a reception following.  Inquiries regarding the service may be made of Forbes Funeral Home at 920-743-6574 or [email protected]  In lieu of flowers, Valerie, who gave to all kinds of charities but especially loved animals and children, would likely appreciate a donation to your favorite animal charity or your local United Way.  She’d also probably love it if you stopped and noticed a beautiful building or piece of art and thought of her, and would really love it if you got dressed up and went out for a really nice meal with people you love and had a toast in her honor.