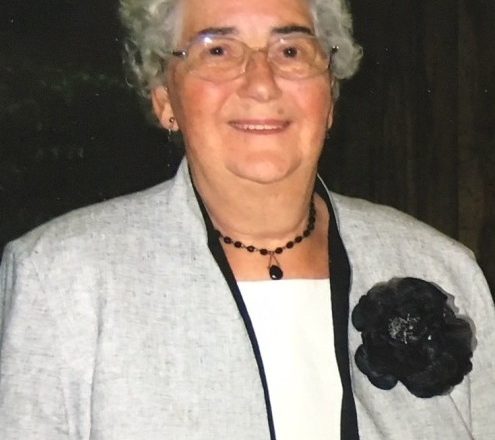 A memorial service will be held at a later date.

Vivian was born on April 4, 1928 in Cavour Wisconsin. In 1946, she married Norbert Gruman and together had four children. After Norbert’s passing in 1956, she trained as an LPN, serving as a nurse in several hospitals and nursing homes. In 1973, she married Kenneth Hannan, who passed away in 2003. She loved the Lord and faithfully prayed for her family and friends. Her other joys were sewing, quilting, reading and activities at Scandia Village where she spent many of her last years. She also enjoyed worshipping at Bethel Baptist Church in Ellison Bay.

Vivian is survived by her two daughters and their spouses, Melannie (Mark) Weborg and Cynthia (Mark) Stohre; five grandchildren; 13 great-grandchildren; sister, Sharon Mehlhorn; three half-brothers and two half-sisters. She was preceded in death by her daughter, Rebecca Gruman and son, Gary Gruman.

We thank the One whose hand guided her each day! She will be greatly missed!

Casperson Funeral Home & Cremation Services of Sister Bay is assisting the family. Expressions of sympathy, memories, and photos of Vivian may be shared with her family through her tribute page at www.caspersonfuneralhome.com.