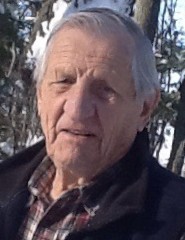 Wallace “Wally” Hammerberg, 97, the strongest man in the world (according to his nine grandchildren), died Oct. 26. If you were lucky enough to have known him, you would have seen that he had a clever wit, a firm grip and a warm heart. He was a man of few words, but each was carefully chosen.

Wally was born 97 years ago in Crandon, Wisconsin, to Carl Eric and Beatrice Ethra Barker Hammerberg. He and his four sisters and four brothers grew up there and in New London, Wisconsin. They explored the woods and cavorted along the Wolf River. Wally’s eternal and boundless love of nature was born there. He often accompanied his veterinarian father on farm calls and especially enjoyed visits to care for the horses in the logging camps of northern Wisconsin.

In 1940, Wally enrolled at Stout State University, but his college career was interrupted when he left to join the Naval Air Corps. Wally served in World War II in the Naval and Army Air Corps as a flight instructor on the B25. Fortunately, when he returned to Stout to complete his bachelor’s and master’s degrees, a certain coed named Norma Nelson just happened to be enrolled there, too. She quickly became the focus and love of his life.

Wally and Norma married in 1950 and moved to Highland Park, Illinois, to begin a career in education. He was a teacher, coach, counselor and assistant principal at Highland Park and Deerfield High Schools. Even-tempered and fair, Wally’s calm and steady demeanor allowed him to manage his students and fellow teachers with tact and respect.

Wally and Norma returned to their Wisconsin roots in 1982 and retired to Ellison Bay. Retirement life in Door County was active and full. After a morning cribbage game with Norma, he could be found participating in myriad activities: volunteering at The Clearing or The Ridges, teaching walking-stick-carving classes, making canes or birdhouses to donate, lending a hand building The Ridges’ boardwalk or walkways at The Clearing. Wally and his carving group met weekly for more than 35 years. He and Norma enjoyed playing bridge, socializing with friends and traveling with a tight-knit group, the Sweet Sixteen. Wally bicycled and forged his own ski trails well into his 80s.

Wally was a fiercely ethical, loyal, modest man of great integrity. He led by example. He expected nothing less of his children and grandchildren, and they all strove to honor his expectations. He was a family man to the core. He adored his family, and we revered him.

The family is so grateful for the loving, skilled care that Wally received from Unity Hospice.

A private family celebration of Wally’s life is planned.

Casperson Funeral Home and Cremation Services in Sister Bay is assisting the Hammerberg family. Expressions of sympathy, memories and photos of Wallace can be shared through his tribute page at caspersonfuneralhome.com.