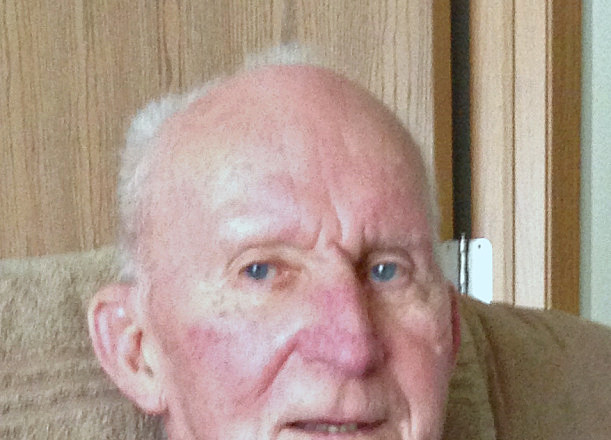 Walter A. Hanish, 94, of Sturgeon Bay, was called Home Monday evening, February 29, 2016, while residing at Anna’s Healthcare in Sturgeon Bay with his dear wife, Betty, at his side.

He was born January 4, 1922, in Springfield, MN, the son of the late Adolph and Marie (Yerisch) Hanish. He was a first generation American. Both his parents migrated to the United States from Austria. Walter served with the Civilian Conservation Corp. from 1939-1940 and then later Walter served his country faithfully for 32 months in Europe with the U.S. Army during WWII from 1942 to 1945. He was a lifetime member of the VFW Post #3088. He was a true American through and through.

Walter farmed for 22 years in Minnesota until moving to Sturgeon Bay in November 1973. He was employed for 14 years at Emmerson, retiring in 1987. Walter, also worked at Bay Pharmacy in deliveries until 2009. He was a member of Sturgeon Bay United Methodist Church.

On November 22, 1945, he married Shirley Kaminsky six days after returning from WWII. She preceded him in death on May 2, 1991. On September 15, 1994, Walter was fortunate to marry Betty (LeBoeuf) Clark. They enjoyed traveling together and playing golf, especially at the Alaska Golf Course. He and Betty were like “two love birds together.” Walter also liked hunting, fishing, and following sports, especially watching the Packers and golf tournaments on TV. As Walter said many times, “I was blessed to have two wonderful wives in my life.”

Walter was a “gentle man,” soft spoken and loved by all.

Funeral services with military honors were held at 3:30 p.m., Monday, March 7, 2016, at Huehns Funeral Home in Sturgeon Bay with Pastor Joe Mitchell officiating. Military honors by the U.S. Army and VFW Post #3088 will follow at the funeral home. A reception will then follow at the Sturgeon Bay United Methodist Church fellowship hall. Walter will be laid to rest in Bayside Cemetery.

Visitation for family and friends will be held from 1:00 p.m. until the time of services on Monday at Huehns Funeral Home.

Memorials may be directed to the Sturgeon Bay United Methodist Church.

“We would like to extend a heartfelt, special thanks to Unity Hospice and the staff at Anna’s for their wonderful care given to our Walter.”