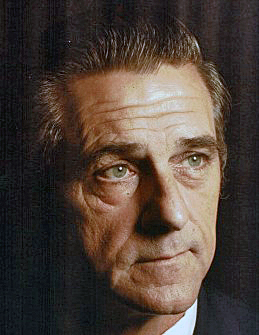 Walter “Wally” William Otto, 85, of Sturgeon Bay, died peacefully in the comfort of his home on Sunday, November 5, 2017 with family at his side.

He was born February 25, 1932 in Germantown, the son of Walter George Otto and Mary (Schlesak) Otto. Wally graduated from Menomonee Falls High School in 1950. He served his country with the United States Army from October 26, 1951 until his honorable discharge on October 9, 1953. Wally was awarded the Army of Occupation Medal as well as the National Defense Service Medal.

On February 27, 1954, he was united in marriage to Ardis Sharleen Warmington in Lannon, WI. Wally and Ardis shared over 51 years of marriage. Ardis passed away February 11, 2005.

Wally primarily worked as a sausage maker at a sausage shop in Germantown.

He welcomed into the Catholic church through Holy Baptism early in his life. Wally enjoyed shooting trap and was a member was of the Gardner Rod and Gun Club. He was member of the American Legion while living in Bark Lake. Wally enjoyed hunting and fishing and loved laughing with his grandchildren.

Wally was preceded in death by his parents and wife.

A Mass of Christian Burial will be celebrated at 11:00 a.m. on Saturday, November 11, 2017 at Corpus Christi Catholic Church in Sturgeon Bay with Fr. Anthony Birdsall as celebrant. Military Honors by the United States Army and the Weber-Tess AMVETS Post 51 will follow at Bayside Cemetery. Walter will be laid to rest with his wife, Ardis.

A heartfelt thanks goes to out the staff of Door County Cancer Center, Richard Milewicz, Dr. Anthony Jaslowski, Dr. Richard Hogan, and Unity Hospice for their wonderful care and also to Sherry Sommers for the special help she was.

Huehns Funeral Home & Cremation Services is assisting with arrangements. Expressions of sympathy, memories, and photos of Walter may be shared with his family through his tribute page at www.huehnsfuneralhome.com.