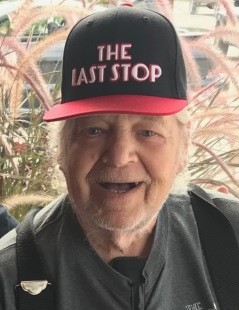 He was born in Wisconsin and attended Gibraltar High School.

He initially worked for Master Freeze in northern Door County. When he and his family moved to Milwaukee in the 1960s, he began working for Keiding, a paper factory. Warren then went to work for a leather-tanning factory in Milwaukee. He was employed with the City of Milwaukee as a sanitary engineer.

Warren returned to Door County later in life. He enjoyed gardening, just like his mother.

Warren is survived by his two children, Tammy Brewer and David Gauger, both of Round Lake, Illinois; his children’s mother, Ardelle Mampe; other relatives; his friend; and his Door County neighborhood friends.

He was preceded in death by his father; mother, Myrtle (née Boeck) (Everett) Sitte; son-in-law, Keith Brewer; and other relatives.

He will be laid to rest in Blossomberg Cemetery in Peninsula State Park with a private graveside committal.

Casperson Funeral Home and Cremation Services in Sister Bay is assisting with arrangements. Expressions of sympathy, memories and photos of Warren can be shared through his tribute page at caspersonfuneralhome.com.