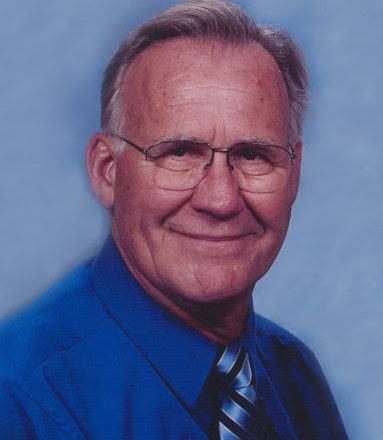 Wayne was born February 15, 1936 in Sheboygan, the son of the late Roy Milton Huehns and Mabel Sylvia (Steffen) Huehns. Following his graduation from Central High School in June of 1954, he entered the United States Army, serving as a Chaplain Assistant until 1956.

Following his honorable discharge, Wayne attended Wartburg College in Waverly, Iowa, where he met his bride-to-be, Janet Marie Meyer, the daughter of the late Fred John Meyer and Ethel Marie (Corrigan) Meyer from Fond du Lac. They were united in marriage on August 16, 1958, at Immanuel Trinity Lutheran Church in Fond du Lac. Wayne and Janet would be business partners for his entire working career.

In 1960, Wayne graduated from Wisconsin Institute of Mortuary Science in Milwaukee, at which time he was managing his grandfather’s funeral home in Sheboygan (Steffen Funeral Chapel) and the Rauschert Funeral Home in Sheboygan Falls.

Always one for new business ventures, Wayne founded Alarms for Security in Sheboygan Falls, where he would design and install fire, burglar, and auto dialup services for some of the area’s major manufacturers as well as private home installations. Wayne also created computer software that helped funeral directors improve their operations in funeral business.

In 1984, Wayne purchased the Krostag Funeral Home in Oostburg, serving the Oostburg and Cedar Grove area as Huehns Funeral Homes until his retirement in 1998. Wayne and Janet also expanded their business partnership in real estate development throughout Sheboygan Falls and Milwaukee areas.

Wayne was an active member of St. Paul Lutheran Church in Sheboygan Falls, where he served for many years on the church council as well as various other committees, sang in the church choir, and attended Saturday morning men’s bible study. He was a familiar voice at many funerals with requests for him to sing family favorites and had recorded an album of sacred songs. He was a member of Sheboygan Falls Lions Club, Wisconsin Funeral Directors Association, and National Funeral Directors Association for nearly 60 years. Wayne had served his community as a volunteer fire fighter and served as president of Sheboygan Falls Chamber of Commerce. During his retirement, he and Janet enjoyed many adventures in their motorhome, touring the United States visiting family and friends. They also found time to travel to many other countries throughout the world.

A funeral service will be held at 10:30 a.m. on Wednesday, July 20, 2022 at St. Paul Lutheran Church in Sheboygan Falls with Pastor Robert Schrader officiating. He will be laid to rest in Lutheran Cemetery in Sheboygan on the Huehns family lot.

“Our family would like to express a special thank you to the caregivers from Aurora Hospice and Tender Hearts, those who visited Wayne, and those that sent cards and kept him in their prayers. It was truly a blessing to witness such love, kindness, and compassion.”

Arrangements have been entrusted to the care of Wayne’s family at Huehns Funeral Home in Sturgeon Bay. Expressions of sympathy, memories, and photos of Wayne may be shared with his family through his tribute page at www.huehnsfuneralhome.com.