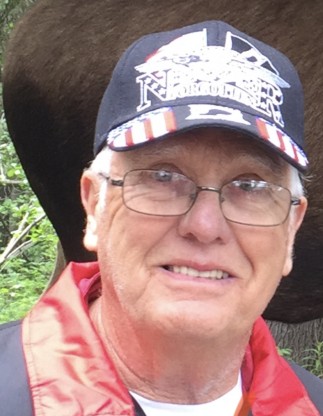 Will joined the United States Navy in 1959, during the Cuban Missile Crisis. On Will’s 21st Birthday, December 18, 1963, he was honorably discharged with the rank of seaman.

Will married the love of his life, Lois Reichenbach, on December 21, 1968. They lived in Lombard, Illinois for seven years, where he worked and began to build his life. He loved driving midget racecars, which his father-in-law, Walter “Max” Reichenbach, built for ten years. He won the U.A.R.A Championship in 1969. He was inducted into the Mazon Sprint Car Hall of Fame in 2020 and his race car is displayed in the Smith Collection Museum of American Speed Hall of Fame.

In 1978, Will and Lois and his four children moved to Washington Island and purchased Kap’s Marina. He was an amazing mechanic and passed on his knowledge to many Washington Island youth. In addition, he was a John Deere dealer, a Boy Scout leader, and a Sunday school teacher. He had an extreme love of hockey, especially the Chicago Blackhawks. He built a rink in his backyard and provided a place for all Island children and parents to play organized hockey. He was also the ultimate Chicago Bears fan.

Will lived his life for his family. He had a rugged demeanor, but warmly gave himself to his family and Washington Island. Will and Lois had an untouchable love. They are the utmost example of the American dream. Will served his country with pride, raised his family, and a shaped an island business legacy through hard work, dedication, and love. He had a wonderful life and will be missed by many.

He was deeply loved by Lois; his children, Kevin, Kelly, Kurt, Kraig, Knute, Katie, and Keenan; 22 grandchildren; and one great granddaughter.

A Celebration of Life will be held on June 18, 2022 (details will be posted on social media).

In lieu of flowers, donations can be made to Mosling Recreation Center or American Legion Post 402.

Casperson Funeral Home & Cremation Services of Sister Bay is assisting the family. Expressions of sympathy, memories, and photos of Will may be shared with his family through his tribute page at www.caspersonfuneralhome.com.