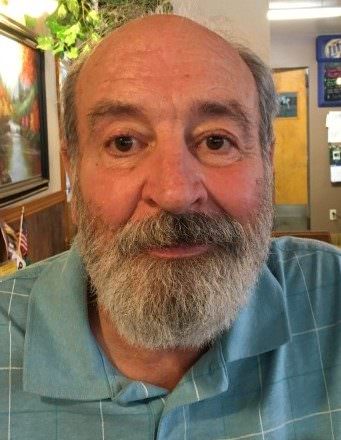 Bill was born April 2, 1946, in St. Louis, MO, the son of the late Elda (Cianaini) and William B. Malugen. The family moved to Winnetka, IL, where Bill attended Hubbard Woods Elementary and New Trier High School where he was class president. While attending Harvard University, Bill was an active member of the rowing and wrestling teams.

Bill substituted in the Chicago Public School System and took a position teaching French at Flower Vocational High School on Chicago’s west side in 1992. It was there he met and married his wife, Miriam Malenius, in 1993. Together they founded Malugen Group, purchasing two apartment buildings on the northwest side of Chicago. Bill loved rehabbing the properties and being a landlord, which motivated him to become a licensed real estate broker.

In 1994, Bill transferred to Roosevelt High School in Chicago where he taught U.S. History, World Studies and French until his retirement in October of 2013.

Bill was an active member of the Chicago Teachers Union (CTU) and he ran for president of the CTU under his Frontline Caucus. He worked tirelessly teaching and fighting to give his students an education equal to the one he had received at New Trier.

During the 1960’s he participated in Civil Rights events and in the 1970’s he was a championship arm wrestler, receiving many trophies.

Bill and Miriam purchased their retirement home in Sturgeon Bay in 2011.

The family wishes to thank Door County Medical Center and their Emergency Room staff, the Sturgeon Bay First Responders, the Sturgeon Bay Fire Department, the excellent nursing staff at Bellin Hospital, Dr. Donnevan Blake and Dr. Peter Falk, the patient companion sitters at Bellin, Unity Hospice and the Altrusa House. A special thank you to his loving caregivers, Carl Whitford and Doreen Kiken, who helped him over the past two years.

Bill was a life-long learner, eager to embrace new opportunities. He was a kind and generous man, giving of himself tirelessly to help those needing support; his hundreds of students and his many friends.

A celebration of Bill’s life will be held on his birthday, April 2, 2017, in Sturgeon Bay. Details will be announced.

Huehns Funeral Home & Cremation Services in Sturgeon Bay, WI is serving the family. Expressions of sympathy and memories may be shared at www.huehnsfuneralhome.com.