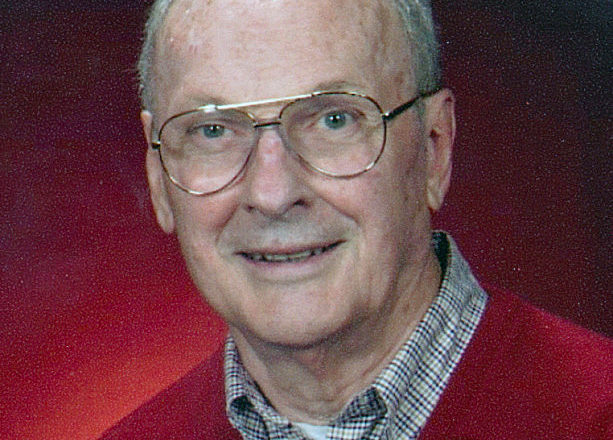 He was born November 4, 1932 in Milwaukee, the son of Clarence and Ethel (Travis) Galligan. After attending U.W. Madison, he finished his engineering degree at Marquette University.

On June 25, 1955 he married Cleida J. Johnson at the Sturgeon Bay United Methodist Church. They met in college at Madison where they sailed together on the Hoofers College Sailing Team.

After graduation, Bill worked at Kimberly Clark in Appleton until serving in the U.S. Army Chemical Corps in Edgewood, MD. After being discharged, he returned to Kimberly Clark and was promoted to a Project Engineer in Niagara Falls, NY. He was hired by the Eastman Kodak Co. in Rochester, NY in 1966 and retired from their Corporate Real Estate Department in 1990.

Preceding him in death were his parents; two brothers, Kenneth and Donald; and one sister, Gwen Strothmann.

A celebration of Bill’s life will be held at 2:00 p.m. on Wednesday, July 13, 2016 at Sturgeon Bay United Methodist Church with Rev. David Leistra officiating. Friends may call at the church on Wednesday from noon until the time of services at 2:00 p.m.  A reception will follow at the church.

Memorials in his honor can be made to the Door County Maritime Museum, Sturgeon Bay United Methodist Church, or the Door County Historical Society (Antique Wooden Tool Museum).