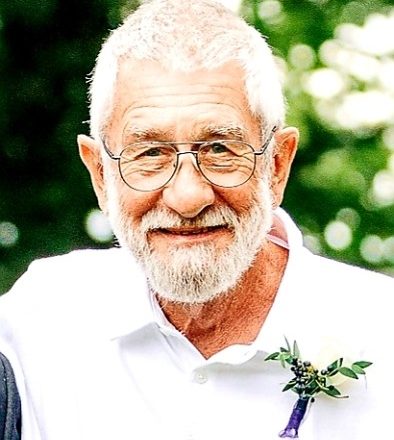 William “Bill” Collins, 76, of Sturgeon Bay, died peacefully at home with his best dog/son Nick by his side, after a courageous five-month fight with cancer.

He was born to Leon and Myrtle (Rehr) Collins on November 11, 1944 in Sturgeon Bay. He was raised in Baileys Harbor, and graduated from Gibraltar High School in the Class of 1962.

On February 18, 1967, he married Julie Stenzel of Ephraim. Moving to Two Rivers, he would work at the Mirro Corporation, until they returned to Baileys Harbor in 1971.

Like his Father before him, Bill worked at Bay Shipbuilding in Sturgeon Bay as a pipefitter for 28 years. With many adventures of sea trials on 1000-foot ships, being on the waters of the lake and bay and boats were in his blood. Even though he made lifelong friendships at the yard, he took an early retirement to enjoy his passions of hunting, fishing, camping, kayaking, woodworking in his shop, and carving decoys, were all things he loved. Country music festivals and the local music venues were places he would catch up with friends.

The Packers and Badgers were his favorite teams, and he was always up for a good garage sale to find memorabilia.

He enjoyed gardening flowers and tomatoes, and feeding his vast array of birds. He loved going out for breakfast, meeting up with the guys to have coffee, and reading the morning paper. Just walking his dogs down to the beach, Strawberry Creek, or Potato Pond made him happy. It was the simple things in life for Bill.

Bill will be greatly missed by his children, daughter and son-in-law, Jill and Bruce Alexander of Baileys Harbor; son and daughter-in-law, Peter and Heather (Lhost) Collins of Sister Bay; granddaughters, “Sophie” and Chloe Alexander; step-granddaughters, Kayla and Eva Olson; and most of all, his ride or die best bud and four-legged son, Nick Collins.

He was preceded in death by his parents, and more friends than he could even talk about. There was definitely a crew of hunting and fishing “buddies” waiting for him at the gate.

Burial will be in the Baileys Harbor Town Cemetery with a memorial luncheon to follow at Bill’s favorite “supper club” in Door County, Alexander’s Restaurant in Fish Creek, Fathers Day weekend, June 20 at 11am.

“Thank you to the Door County Cancer Center, Brandi and Katie at Compassus Hospice, and Cathy Koellor, Dietitian at Door County Medical Center for their care and support.”

Memorial donations will be used to purchase a bench in Bill’s name to be placed in Baileys Harbor and can be sent to the family at PO Box 622, Fish Creek, WI 54212.

Huehns Funeral Home, Inc. & Door County Crematory LLC of Sturgeon Bay are assisting the Collins family. Expressions of sympathy, memories, and photos of Bill may be shared with his family through his tribute page at www.huehnsfuneralhome.com.