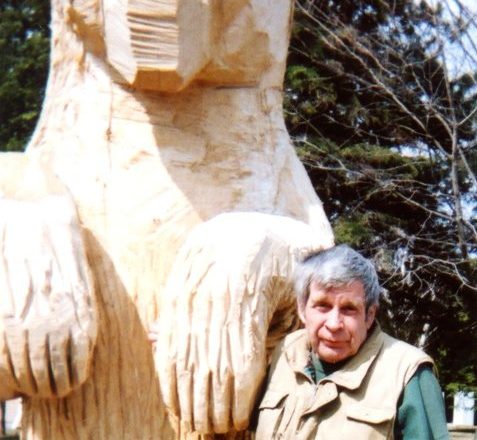 William “Bill” Dehos, 78, of Sturgeon Bay died at Sturgeon Bay Health Services. He was born in Baileys Harbor to Edward and Ruth (Knudson).

Bill was a very accomplished and self-taught woodcarver. He could take a piece of wood, mold it with a chain saw and create the wonders of the animal kingdom. He carved squirrels, cats, dogs, owls, bears, foxes, perch and more. His work sold at Spillman’s in Sister Bay, Baileys Harbor and around the world.

He was also a self-taught mechanic, and when anyone needed help with a vehicle, he was right there to lend a hand. He also had a gift of understanding about how to use computers, and again, he was always willing to help others with their technology needs.

Private family services will be held at a later date. A tribute page is available at forbesfuneralhome.com.