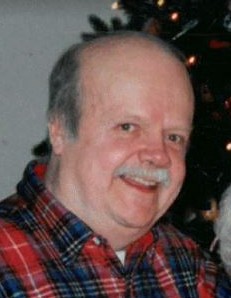 Bill was born March 28, 1932 in Milwaukee the son of the late Perry E. and Constance (Miller) Mack.  For a bit of history, Bill’s father was one of the founding members of the original Harley Davidson company and 1903 racing team and was an original rider/racer and their chief engineer.  He would later start his own motorcycle company, Mack motorcycles in the early 1900’s. After graduating from Washington High School in 1950, Bill received his bachelor’s degree in mathematics from the University of Wisconsin, Madison in 1954.  He served in the Signal Corps of the United States Army in Germany from 1955 to 1957. After his military service, he returned to Milwaukee working with Wisconsin Electric Power in the rate department. In 1961, he accepted a position with Wisconsin National Bank as programmer. He retired from Wisconsin National Bank as Systems Manager in 1981.

Bill bought and built on his first Door County property at Whitefish Bay in 1958. When he fully retired in 1981, he bought and moved to his second home on Salona Road and lived there four to five years until he moved to his home on Memorial Drive.

Stamp collecting was truly a love of his life. He enjoyed sailing his sailboat until the waters near his home became too low for access. Bill liked to bowl, play chess and bridge.

In lieu of flowers, memorial would be appreciated to the University of Wisconsin for Door County students (US Bank Lock Box 78807, Attn: William C. Mack Scholarship Fund, Milwaukee WI 53278-0807).

Huehns Funeral Home, Inc. & Door County Crematory LLC is assisting the Mack family. Expressions of sympathy, memories, and photos of William may be shared with his family through his tribute page at www.huehnsfuneralhome.com.