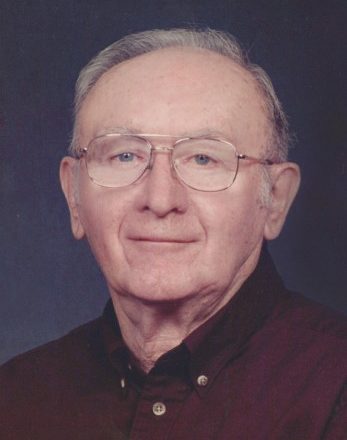 He was born August 20, 1928 in Chicago, IL, the son of William Charles Berger, Sr. and Anna (Glotz) Berger. Bill grew up in Illinois where he attended (Catholic) church and high school. He served his country with the United States Army during the Korean War, entering into active duty on April 22, 1952. Bill was stationed in Anchorage, AK and honorably served until April 9, 1953.

Upon his return home from military service, he went to work for The Great Atlantic & Pacific Tea Company [grocery stores] (better known as A&P) as a food distribution purchaser and resided at 61st and S. Tripp on the southwest side of Chicago. Bill retired from A&P in the mid-1970s.

In 1992, he and his sister, Anne, moved to Door County, WI (following the death of Anne’s husband, Frank, earlier that year), and resided in the Town of Egg Harbor. They first became familiar with the area through Anne’s oldest son, who had vacationed in Door County for years. Together, Bill and Anne attended St. John the Baptist Catholic Church in Egg Harbor (now Stella Maris Parish-Egg Harbor site).

He was also a member of The Korean War National Museum in Springfield, IL.

Bill was a devoted brother and cared for Anne as her health began to decline. He loved to go fishing – in Door County at the quarry just “down the way” on Bay Shore Drive and usually out of state for an annual fishing trip. Bill enjoyed watching and feeding the birds at home and playing Scrabble with family. He also enjoyed going to the movie theater in Illinois and Wisconsin.

He was preceded in death by his parents; brother and sister, Edward Berger and Anne (Frank Jr.) Achterberch; nephew, Michael Achterberch; and other relatives.

Bill’s life will be honored with a Mass of Christian Burial celebrated at 11:00 a.m. on Thursday, June 10, 2021 at Stella Maris Parish-Egg Harbor site with Father Thomas Farrell as celebrant. Military honors will follow at the church. Visitation for family and friends will be held from 10:30 a.m. until the time of Mass.

Bill will be laid to rest in St. Mary Catholic Cemetery in Evergreen Park, IL, beside his parents.

Memorials may be given in his name for a charity of your choice.

“Our family would like to express our heartfelt thanks to Sylvia and Becky for visiting and ministering to Uncle Bill at home over the years and also to the sheriff’s department deputies and local emergency services crew and for your response and care given to Uncle Bill.”

Huehns Funeral Home, Inc. & Door County Crematory LLC in Sturgeon Bay are assisting the Berger family. Expressions of sympathy, memories, and photos of William may be shared with his family through his tribute page at www.huehnsfuneralhome.com.