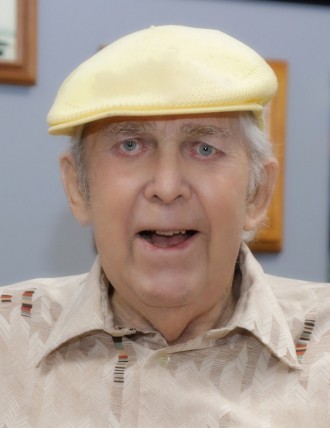 He was born May 1, 1930 in Sturgeon Bay, the son of John and Minnie (Jacobson) Selvick. Curly left high school in Sturgeon Bay at the age of 17 to work on Freighters. He served his country in the United States Marine Corps. Curly married Bonnie Erwin, and together, they owned and operated Selvick Marine Towing in Sturgeon Bay for nearly 26 years.

Curly loved being on the water; he loved owning and running the tugboat business. He enjoyed gambling, horse racing, his trips to the casino, and eating at his favorite restaurants until a week ago. Curly left a lasting impression to all those who met him. He was a man who did it his way until his death.

A memorial service was held at 11:00 a.m. on Monday, October 12, 2020 at Huehns Funeral Home in Sturgeon Bay with Rev. Ray Connor officiating. (Dual-chapel occupancy will be limited to 50 people [25 in each chapel].) Those attending the service are to wear face masks and maintain social distancing. Temperature checks and hand sanitizer will be provided upon entry into the funeral home.

Military honors by the Marine Corps League Door Peninsula Detachment 1130 and the Weber-Tess AMVETS Post 51 will follow the service at the funeral home.

Curly will be laid to rest in Mount Olive Cemetery in the Town of Sturgeon Bay.

A special thanks goes out to his caregiver, Dale Burns, for the daily care given (to Curley) the past two years.

Expressions of sympathy, memories, and photos of Curly may be shared with his family through his tribute page at www.huehnsfuneralhome.com.