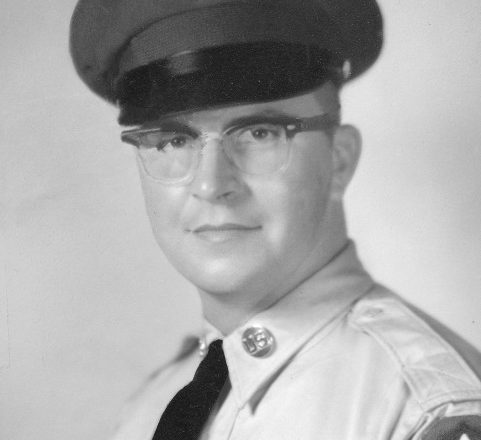 He was born in Baileys Harbor, the son of Edward and Myrtle (Albertson) Appel. After graduating from Algoma High School, Bill enlisted in the United States Army and proudly served for two years. He married Cheryl Lynn Bies on December 4, 1971, at the Algoma Methodist Church.

Bill was a commercial fisherman for Clifford Weininger and his beloved uncle, Phillip Albertson, in Algoma for over 20 years. Phillip was a second dad to him, and every time he talked about him, you could tell how much he loved him. He then moved his family to Manitowoc and worked as a foreman for Manitowoc Crane for 15 years. He and Cheryl settled in Door County, and he worked as a carpenter for Dennis Laaksonen for 16 years before his retirement.

Bill was the post commander for the Billy Weiss American Legion Post 527 for 15 years. His pride and joy was building model railroads, and he was a member of the Clipper City Model Railroad Club in Manitowoc. Bill and Cheryl enjoyed attending Bethel Baptist Church in Ellison Bay.

He was preceded in death by his parents, Edward and Myrtle Appel; sisters, Betty (Bob) Phillips, Sandy Schmidt, and Cindy (Bill) Benson; and brother-in-law, Greg Orsted.

Bill’s life will be honored with a memorial service on Friday, Sept. 6, 11 am, at Bethel Baptist Church in Ellison Bay. Military honors will follow the service and will be performed by the United States Army and Bill’s American Legion Post 527. Bill will be laid to rest in the Baileys Harbor Town Cemetery.

Visitation for family and friends will be at the church, 10-11 am.

“Our family would like to extend a heartfelt thank-you to Unity Hospice, Scandia Village, Sister Bay Paramedics and First Responders, Delmar Dahl, and the cancer center at the Door County Medical Center for all the wonderful care given to Bill and us.”

Casperson Funeral Home and Cremation Services of Sister Bay is assisting the Appel family. Expressions of sympathy, memories and photos of Bill can be shared through his tribute page at caspersonfuneralhome.com.