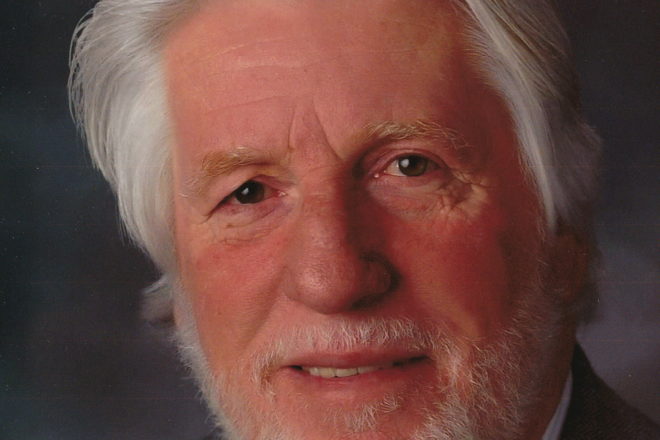 William Lewis entered this world July 15, 1942, in Green Bay, the youngest of four children, born to the late Harold and Erna (Meintz) Lewis. From his first steps, Red was destined to walk his own line in life. He graduated from Premontre High School in 1960 with poor grades and an insatiable will to succeed. School wasn’t his friend, but Red later took great pride in saying that it was his salvation. With hard work and sheer determination as his only tools, Red Lewis started with nothing and turned hard work into a true American success story.

A sales/delivery job at Green Bay Auto Parts followed by a service writer position at Jepson Chevrolet, along with driving a tow truck at night for extra money, laid the foundation for Red’s amazing “Soggy Rags to Riches” story. A timely introduction from a co-worker created an opportunity at the local PDQ Car Wash in Green Bay and by 1967 Red had worked his way up to manager. In 1974 he purchased PDQ Car Wash. Fueled with innovative ideas and a passion for customer service, Red seemingly worked without sleep and grew his company to eight full-service car wash locations in Northeastern Wisconsin, ranking PDQ in the top 20 car wash operations in the U.S. What was success by any definition was merely a starting point for Red Lewis.

As Red humbly reminisced, “One day I was looking at the receipts and noticed how much we were spending to repair broken antennas and scratched mirrors and the concept of the Touchless Car Wash came to me.” That singular idea not only changed Red Lewis’s life, it changed an entire industry. Red founded PDQ Manufacturing, Inc. in 1984 specializing in manufacturing touchless car washes which spurred the acquisition of Pacifica, Inc. in 1989, a New Zealand-based vehicle wash equipment manufacturing company that shared Red’s vision for the future. The invention of the Laserwash 4000 followed and soon PDQ Manufacturing grew to become the world’s largest touchless car wash manufacturer with clients in more than 30 countries. Following his sale of PDQ Manufacturing in 1998, The International Carwash Association bestowed Red Lewis with the ultimate honor with his induction into the Car Wash Hall of Fame in 2000. Many other awards followed including the prestigious Free Enterprise Award in 2017 presented by the Rotary Club of Green Bay, celebrating Red’s innovation and extensive philanthropy in the Green Bay area. However, the award that touched Red the most was receiving the Founders Award presented by Notre Dame de La Baie Acadamy, formerly Premontre High School, in 2010.

Success never went to Red Lewis’s head, instead he made sure it went to others. He rewarded employees for helping to build PDQ Manufacturing and gave generously and anonymously to countless charities including our country’s veterans, his alma mater Notre Dame del la Baie Academy, Green Bay Boys & Girls Club, the Lac Baie Girl Scout Council, Catholic Charities, Manna for Life Ministries, NEW Zoo and St. Willebroad Parish to name but a few. His special bond with young people will remain one of his greatest achievements. More than 20,000 young people owe their first job to Red Lewis and PDQ.

Despite his tremendous success over 6 decades, Red’s ultimate dream was to create a lasting legacy for the community that would endure for generations. That dream came true when the doors to The Automobile Gallery & Event Center opened January 1, 2016. One of the great joys of Red’s life was greeting and talking with visitors to the Gallery as they strolled among one of the finest collections of automobiles in the United States.

In addition to his love of automobiles, Red was equally at home on the water and was an avid boater for 30 years. Decades of hard work afforded him the opportunity to get away on the water during the quieter time of car wash season, summer. He loved being out on the boat with his family exploring the shores of the Bay of Green Bay, taking boat trips to Door County, WI and long-haul trips across Lake Michigan and up into Canada. In quieter moments Red was a prolific Monopoly board game player, winning every time with his unconventional deal-making! His children and grandchildren caught on though, and he was very proud when they eventually could give him a run for his money.

He was preceded in death by a sister-in-law, Patricia Lewis and brother-in-law, Donald Fischer.

A private funeral Mass will be held at St. Willebrord Catholic Church with Rev. Andrew Cribben, O.Praem officiating. Entombment will be in the Allouez Chapel Mausoleum. A celebration of his life is being planned for the summer. Online condolences may be sent to Red’s family at www.prokowall.com. In lieu of floral tributes the Lewis family respectfully asks that remembrances be made to: The Automobile Gallery Foundation for the establishment of the Wm. “Red” Lewis Scholarship. The Automobile Gallery

“You may call him Red, Bill, Louie, boss, partner, mentor, friend or as our grandma used to say “William George Lewis”. As a family, all those names roll into one, we simply know and will forever remember him as Dad and Grandpa.