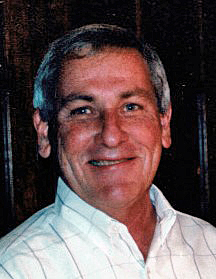 Bill was born October 17, 1946 in Hancock, MI, the son of the late William Robert Small Jr. and Ruth Helen (Kotila) Small. He graduated from Sturgeon Bay High School in 1964 before attending Drake University in Des Moines, IA, and then the University of Wisconsin-Green Bay where he graduated with a BS in Sociology. Bill worked as a purchasing agent for Peterson Builders Inc. (PBI) for many years before owning and operating his own woodworking and construction business, “Viking Wood Works.” He was an accomplished woodworker in both fine items and construction. During his grade school years, Bill learned boatbuilding working alongside his dad building prams when the family lived in Holland, MI.

He enjoyed cooking, fishing, and hunting. We will never forget his one-of-a-kind sense of humor.

He was preceded in death by his parents; and his brother, James Small.

Bill’s family will honor his wishes of remembering him in their own way and request his friends honor him with their memories of good and better times.

Huehns Funeral Home & Cremation Services is caring for Bill and his family. Expressions of sympathy, memories, and photos of Bill may be shared with his family through his tribute page at www.huehnsfuneralhome.com.