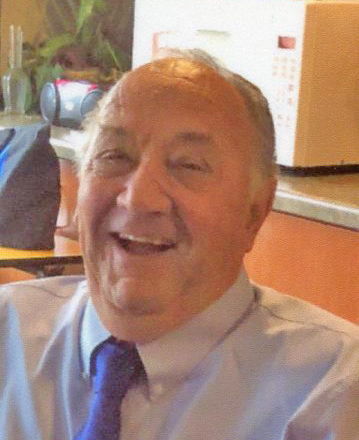 After serving in the U. S. Navy, Cliff established Culligan Service in Sturgeon Bay and became “the Culligan Man” serving Door County for over 55 years.  He enjoyed traveling and motor homing across the U.S.A.  Cliff and Dianne’s second home was a beautiful motor home park called the Florida Grande in Webster, FL.  They enjoyed the camaraderie of the friends they met there along with the beautiful weather.

Cliff loved the outdoors.  Fishing and hunting with family and friends was his favorite hobby.  He was always looking for “the big one” or “the one that got away!”

Cliff’s family would like to thank the most professional and caring staff at Anna’s Healthcare in Sturgeon Bay. He was loved like family and received care with the utmost dignity and respect.

Private family services will be conducted with burial at Holy Name of Mary Cemetery, Maplewood.  A celebration of life will be announced at a later date.  The Forbes Funeral Home is assisting the family with arrangements.  In lieu of flowers, memorials may be directed to Door Cancer, Inc. PO Box 423, Sturgeon Bay, WI 54235.  Please enjoy the video tribute of Cliff’s life which appears below this obituary.