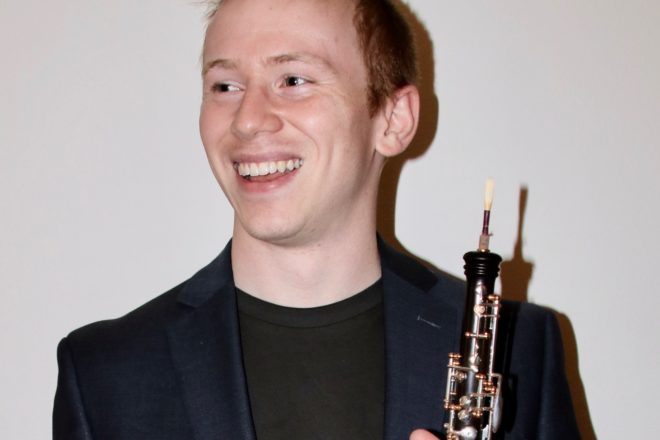 Sutter is a native of Appleton, where he began studying the oboe through the Lawrence Arts Academy. He currently sits as second oboe with the St. Cloud Symphony, as well as subbing with various orchestras in the Midwest including the Quad City Symphony and Fox Valley Symphony. He is also an avid teacher and reed maker in and around the Twin Cities, as well as the head music librarian for Minnesota Youth Symphonies.

Sutter holds a bachelor’s and a master’s degree in oboe performance from University of Wisconsin – Eau Claire and University of Minnesota – Twin Cities respectively. Aside from playing the oboe, he enjoys exercise, cooking and reading.

The concert is offered free to the public and a reception follows the performance. A freewill offering will be accepted to support Shepherd of the Bay musical programs. Shepherd of the Bay is located at 11836 Hwy 42 at the top of the hill in Ellison Bay. For more information, call 920.854.2988 or visit shepherdofthebay.org.