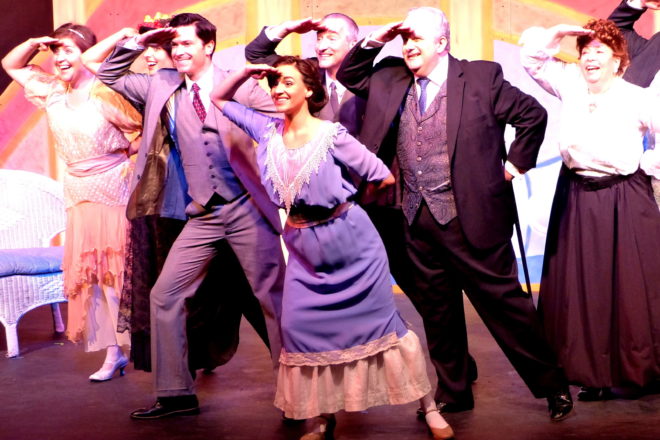 Musicals are a uniquely American form of entertainment. They come in all shapes and sizes, combining music, dance and the spoken word. Hands down they are one of the most popular forms of theatre in the world. Throughout the year here in Door County it’s possible to see 10 or more musicals a year counting not only the ones produced by the professional companies but also those done by the schools. Add the touring companies passing through Green Bay and Appleton and that number can easily double.

In the last few years at Third Avenue Playhouse we’ve focused on musicals that are rarely seen but most certainly deserve to be seen, from an early Irving Berlin, to a lost 1910 hit, to a mid-century Leonard Bernstein masterpiece, to this summer’s offering of the first musical written by Mel Brooks.

Our first foray into rarely seen musicals was actually a cavalcade of songs written by Irving Berlin from 1909-1922, covering his beginnings through World War I and the Ziegfeld Follies. TAP’s co-artistic director James Valcq (who also performed in the show along with three others, singing and dancing some 50+ songs) put this show together. Among these were a few familiar titles, but most were obscure to a modern audience – their popularity limited to the times in which they were written.

Like most things we do here at TAP, we never really know how people will react to our offerings. In this case, we wondered if people really wanted to hear unknown songs written more than a century ago. The answer in this case was a resounding “yes.” The show became our biggest hit to date at that time. People came to see it multiple times. We heard many stories from people about hearing these songs as children from their grandparents, bringing back a flood of pleasant memories. Many others were discovering these songs for the first time and loving them. Every performance was a joyous event.

At year’s end the show was named by the Milwaukee Journal-Sentinel as one of the top ten productions in Wisconsin that year. We felt we were on to something. A musical didn’t have to be the latest hit or a tried and true classic to resonate with our audiences. So, what to do next? 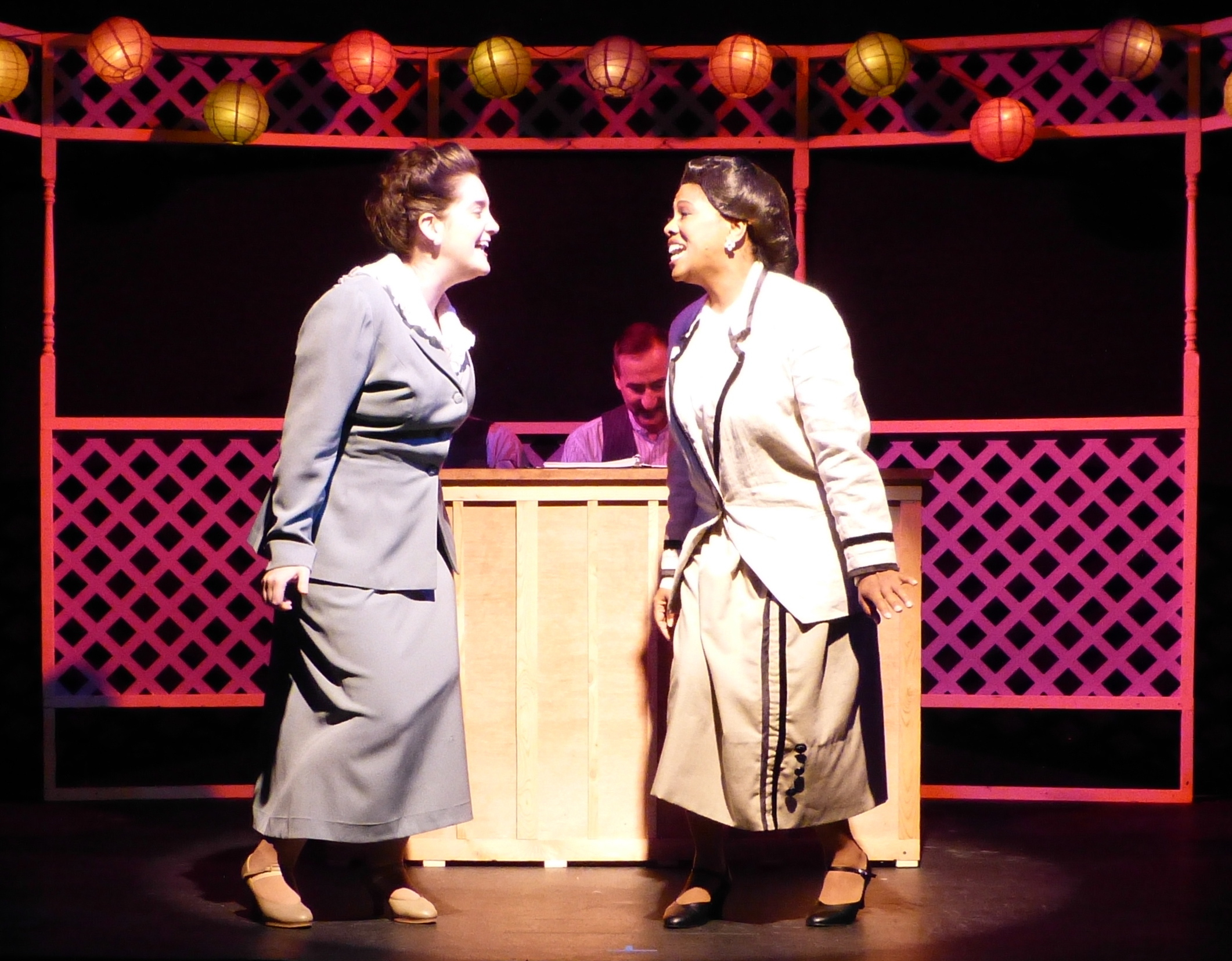 (Left to right) Katherine Duffy, Cynthia Cobb, James Valcq (in back) in I Love A Piano. Photo by Edward DiMaio.

It opened on Broadway on Aug. 30, 1910 and was an immediate smash. After its Broadway run, it toured successfully around the country before falling into total obscurity. Other than a short 1989 run at Connecticut’s Goodspeed Opera House it was never seen again until 2016 at Third Avenue Playhouse, directed by TAP’s co-artistic director, James Valcq.

Valcq said, “I confess to a lifelong fascination with obscure and antique musical comedies. Starting at about the tender age of 8 or 9, one of my hobbies was to check out a stack of brittle, yellowing scores from the Milwaukee Public Library and play through them on the piano at home while warbling the tunes. Despite the library’s well-stocked collection, there was one show I’d read much about but which was not among the library’s treasures — Madame Sherry. I finally found a copy of the score years later when I was a graduate student at New York University.”

TAP audiences went nuts for this “vintage bauble.” Critics called TAP’s production “a ridiculously fun confection – one can’t imagine why this show disappeared,” “a pleasure to behold,” and  “an oh, so happy, feel good, absolutely sparkling performance of song and dance.”

How could we possibly top this? How about a legendary comic operetta that typically calls for more than 30 singers and actors and full orchestra? Why not?

With a score by Leonard Bernstein, this adaptation of a 1759 novella by Voltaire opened on Broadway in December of 1956 and closed just two months later. Bernstein’s score however was rightly celebrated and the cast album became a runaway hit. In 1974 Candide once again opened on Broadway and became an immediate sensation. It soon was seen around the world in theatres and opera houses delighting audiences.

Valcq, a longtime fan of the show, had conducted a production at the Skylight Music Theatre in Milwaukee with a large cast and orchestra, traditionally the way it is always done. TAP would require a much smaller production (though no less ambitious). To make this work, Valcq, like Lucy Ricardo, had a scheme.

“I knew our audience would love it!  The score is great! But hold! Candide is an unwieldy picaresque adventure spanning half the globe and counting literally hundreds of characters in its dramatis personae. After re-reading the libretto, I wondered if a somewhat more modest kind of production could succeed by embracing and exploiting the already-present ‘Story Theatre’ aspect inherent in Candide,” said Valcq.

He then assembled eight (count ‘em – eight!) truly extraordinary singer/actors and staged the entire musical using many props and costume changes on what was essentially a bare stage. The orchestra was a piano with two cast members occasionally playing flute and saxophone. The power of Bernstein’s music combined with this glorious cast and Valcq’s inventive staging had audiences reeling with excitement, some returning two, three or four times. It subsequently appeared on the Journal-Sentinel’s Top Ten List for 2017. 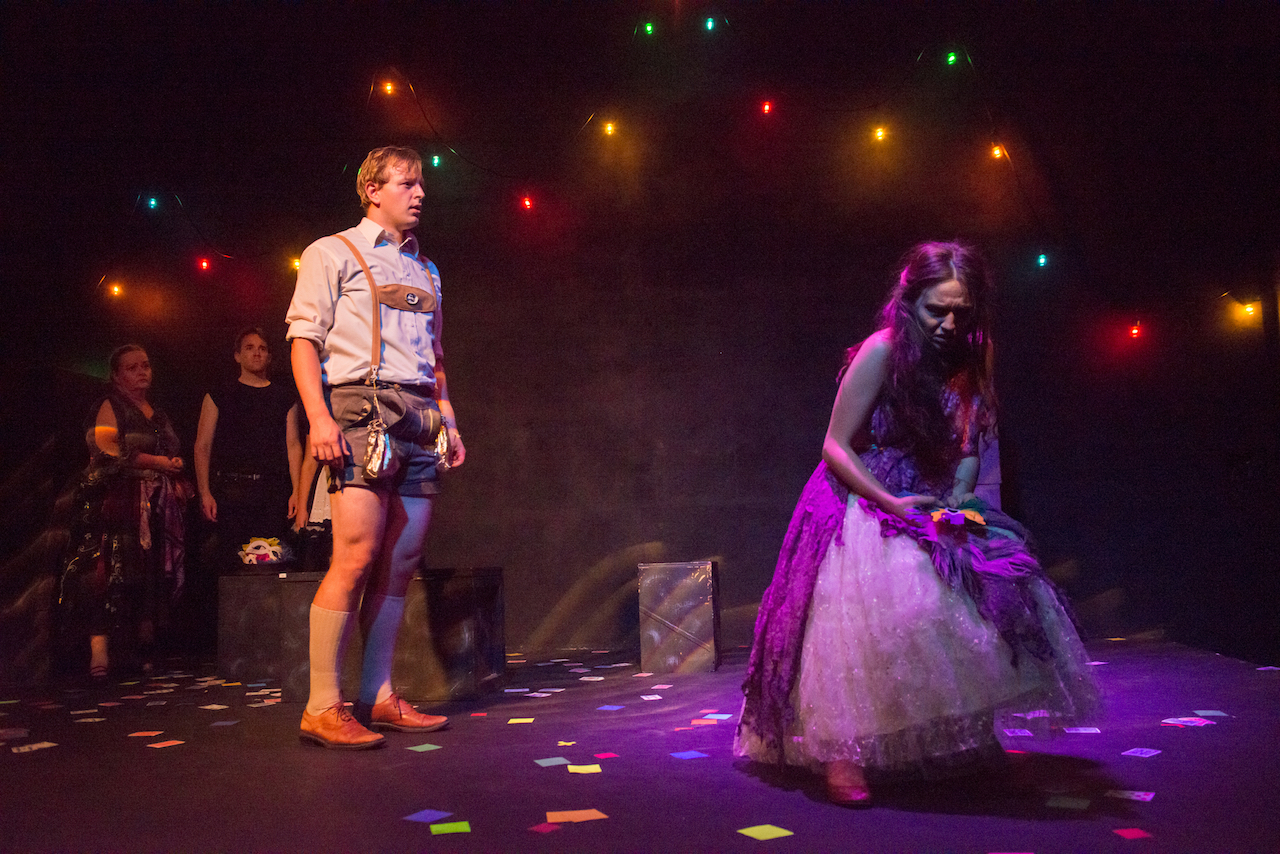 This year we are presenting this rarely seen 1957 musical written by Mel Brooks (based on the archy and mehitabel poems by Don Marquis) which starred Eartha Kitt and Eddie Bracken. Lyrics are by Joe Darion, who a few years later would pen Man of La Mancha. Music is by George Kleinsinger, who had made a name for himself as the composer of Tubby the Tuba. Despite these formidable talents, the show closed after only 49 performances.

“Several months ago, I awoke very early and filled the time by listening to an obscure recording of a live performance of the original Broadway cast, and the audience is clearly having a ball with rousing ovations after virtually every song,” said Valcq. “I was amused, touched, moved and absolutely enchanted. My purpose in listening was certainly not to find the next musical we’d produce at TAP but before the recording played out I realized I had done exactly that.”

How do I describe a show with a cool jazz score about the friendship of a cockroach and an alley cat? I think I just did. It’s delightful fun and the perfect way to spend a summer evening. Check it out.

How about the first production in 100 years of the first musical ever written by one of the most famous songwriters in the entire history of the American Songbook?

Robert Boles is the co-artistic director of the Third Avenue Playhouse. Shinbone Alley runs through September 2.