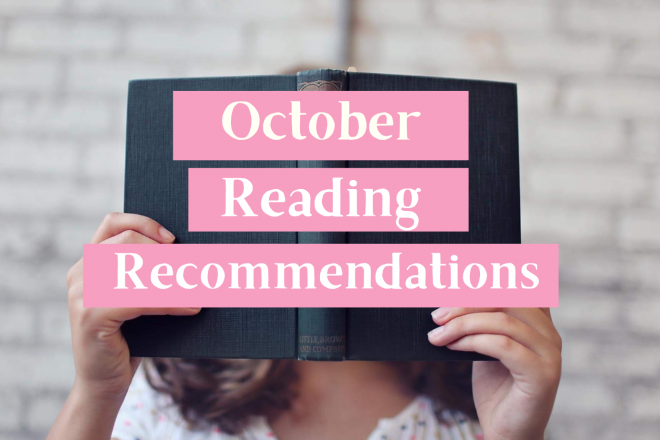 Looking for something a little atmospheric or creepy to read for fall? Try one of these recommendations!

Mexican Gothic is the perfect book for the season of spoooooky Halloween. Set in the hinterlands of 1950s Mexico, this suspenseful story includes an eerie old manor, a menacing housekeeper, a family full of preternatural secrets and a glamorous heroine who’s ready to take on anything that goes bump in the night.

Fans of Rebecca and The Haunting of Hill House will feel at home in this murky, paranoid plot, and anyone who’s looking for lovely prose and unusual imagery will be quite happy with Moreno-Garcia. Add it to your TBR list for a great fall fright!

“How many people can say they were there the night the trick went wrong and the magician died on stage?”

With a beauty akin to that of Erin Morgenstern’s The Night Circus, author A.C. Wise has developed a collection of short stories with a darkness that sneaks up on you. The stories are amusing (“How the Trick Is Done”), informative (“How to Host a Haunted House Murder Mystery”) and cautionary (“Exhalation”). Without jump scares and blatant gore, Wise has managed to assemble a collection of tales that leave you thinking – and looking over your shoulder.

“Helen has learned that most people only think they know what monsters look like. They walk past real monsters every day and never see them at all, which is why the monsters she meets go around in disguise. It’s the only way anyone will ever recognize them, and they are also desperate to be seen.”

Piranesi is the much-anticipated second novel from the author of Jonathan Strange and Mr. Norrell. It’s weird and haunting and excellent.

The narrator of this novel answers to the name Piranesi, even though he suspects it’s not his name. This name was chosen for him by the Other: the only living person Piranesi has encountered during his extensive explorations of the House.

Piranesi lives within a classical structure of endless, inescapable halls (occasionally inundated by the sea) that are are inhabited by statues: a woman carrying a beehive, a dog-fox teaching two squirrels and two satyrs, and two children laughing, one of them carrying a flute.

At the foundation of this story is the idea that our world was once filled with magic, but the magic has drained away. We accompany Piranisi as he learns to understand himself and see magic returning to our world.

Prophecy, spirits, creepy forests and private schools – all of these and more are part of what create the spine-tingly atmosphere in The Raven Boys.

The novel follows Blue Sargent, the 17-year-old daughter of the town psychic. Though Blue is not psychic herself, she has a supernatural vision of one of the local prep-school boys – known as Raven Boys – that suggests he will die within the next year (and that Blue may kill him). This leads to her involvement with four Raven Boys and their quest to find a legendary Welsh king.

The book is perfect for this time of year because Stiefvater does a great job of creating a very dark, atmospheric environment, and the book’s spook factor comes from the paranoia type of creepy – almost like that feeling you get on the back of your neck when it feels like someone is watching you.The Raven Boys explores the themes of found family, class, friendship, power and the inevitability of death, and it’s the first in Stiefvater’s quartet known as The Raven Cycle.