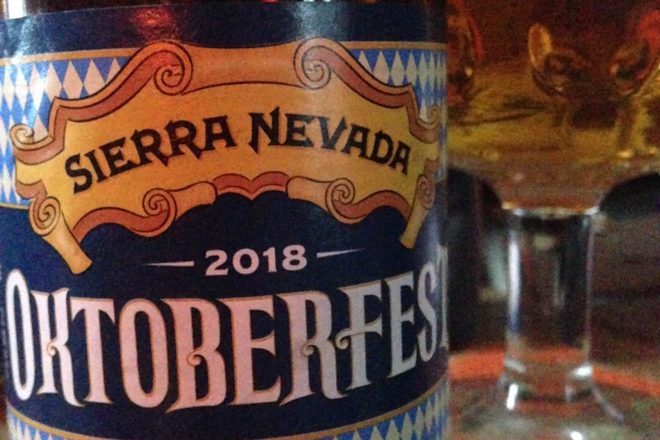 Here is a perfect example of what I mean by the two different colors of Oktoberfests.

First we have a German-American collaboration Festbier – Sierra Nevada teamed up with Bavaria’s Weihenstephan – the world’s oldest brewery – for a beautiful malty, amber-hued lager.

This, to me, is an Oktoberfest – beautiful to look at and delicious to drink.

The ingredients show a true collaboration between the Old and New Worlds.

The malts used include the rarely seen in this country German heirloom two-row malt known as Steffi, as well as two-row pale, pilsner and Munich malts.

Sterling are the bittering hops, an Oregon-bred relative of the great pilsner hop Saaz, but less susceptible to mildew.

Finishing hops include Sterling, Spalter Select (a cross of Spalt and Hallertau Mittelfruher) and Record (a cross between Saaz and Northern Brewer).

Sierra Nevada has been conducting these annual Festbier collaborations with different German breweries for several years. This is a very good one. 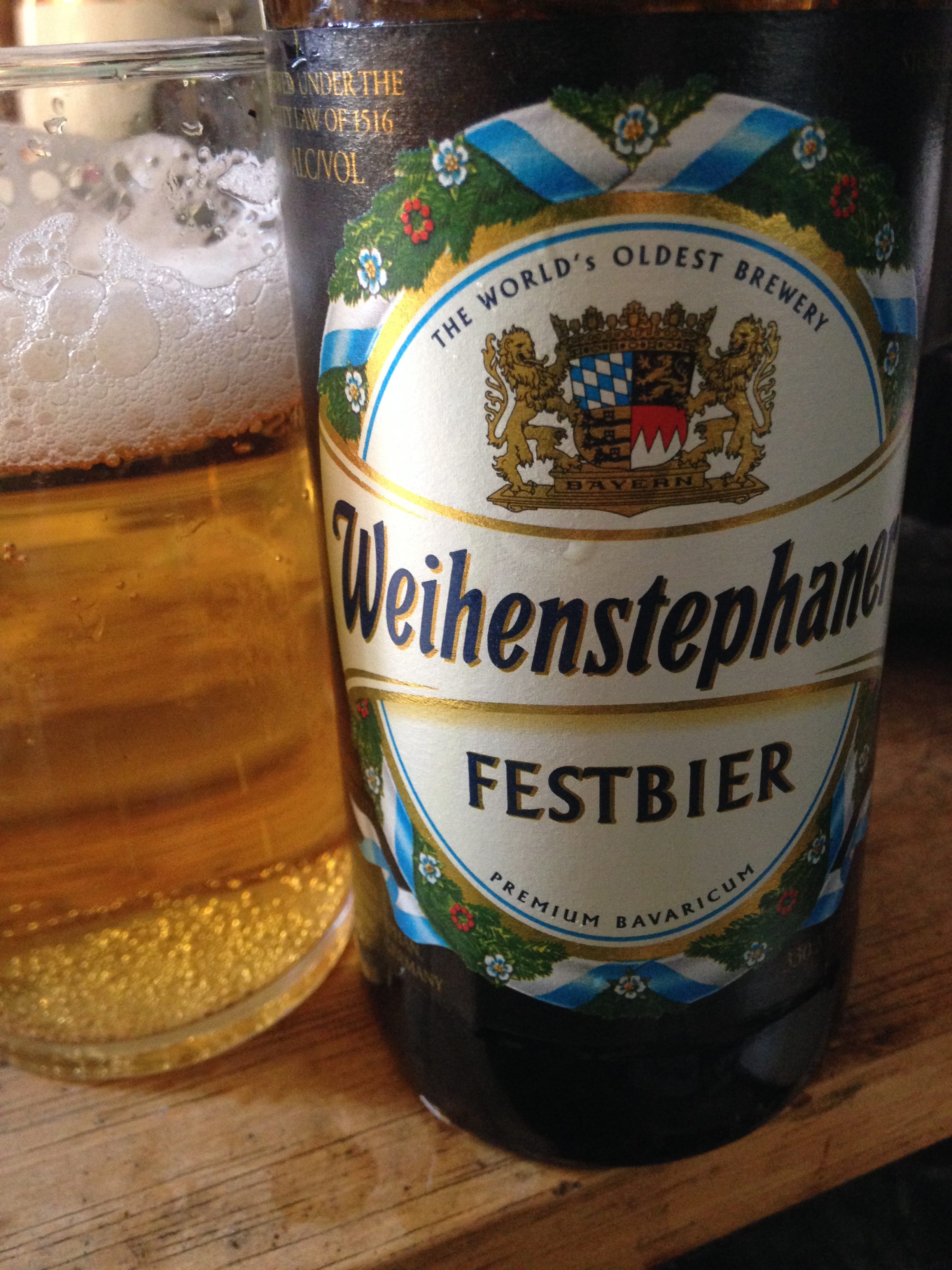 Just for contrast, I also picked up a sixer of Weihenstephaner Festbier, which follows the great Munich breweries by removing the reddish tinge to Festbier. Their Oktoberfests are now golden lagers, which, I have been told, is due to the American attraction for “light” beers.

I don’t really get that, and since it’s not likely that I will go to Munich any time soon to find out for myself, I’m just going to say for the record that if it’s not amber-hued, it’s just another another lager, not festbier.

And if I were to go to Munich and maybe didn’t know that all the Oktoberfests served there are golden, I might feel a little cheated.

The Weihenstephaner Festbier is a fine beer. Very tasty. But it doesn’t scream FESTBIER! to me the way the Sierra Nevada collaboration does.