This is the second in a series of columns exploring topics related to aging. It summarizes key features of the principal kinds of housing geared to older people in Wisconsin that involve some degree of on-site care – apart from traditional homes. (Some of the terms and descriptions in the article are derived from Wisconsin law. Housing options in other states are similar to those in Wisconsin, but terminology may vary somewhat.)

Studies show that when older people are asked about long-term residential care possibilities, the last choice is typically a nursing home, while the first is typically the person’s traditional home. In a recent “Home Fit Guide,” the AARP reported that its surveys consistently find nearly 90 percent of people age 45 and older wanting to remain in their own homes and communities as long as possible.

But sometimes, staying home may not work, for a variety of reasons. In all events, sound decision-making involves understanding and weighing options.

More details on some issues, including costs and assistance with costs, will follow in future articles. So will an exploration of stay-at-home possibilities, as well as new and emerging types of housing.

Note that some providers offer various types of housing and care under a common name. For example, the hypothetical “It’s My Perfect Senior Home” may offer both a nursing home and a community-based residential facility, either literally under the same roof or at different locations. Also, some providers rarely use the technical terms that apply to them, such as “residential care apartment complex.” Instead, the provider may simply say it offers “senior apartment living.” These are but two of the many reasons why it’s important to get as educated as possible on what’s what before making commitments.

Note also that some providers may be nonprofit and others for-profit. From a consumer’s point of view, however, differences in costs, quality and quantity of care, and other factors may not be apparent or substantial.

Assisted living facilities provide their residents with various types and levels of care but, in general, not as much medical care as nursing homes.

Although there are differences facility to facility, residential care apartment complexes (RCACs) often may provide their residents with a more independent living atmosphere, and less nursing care, than community-based residential facilities and adult family homes. RCACs are also generally subject to less government regulation and oversight than the other two types of facilities.

Minimum of five or more adult residents, living in apartments; often, facility is quite a bit larger than five residents.

Each apartment has a lockable entrance and exit, and separate kitchen, bathroom, sleeping and living areas.

A resident receives not more than 28 hours per week of specified services, including personal assistance services (for example, dressing or bathing), and nursing services (generally comprised of health monitoring and medication management). It’s common to provide a meal plan of two meals per day. In addition, 24-hour emergency assistance is available.

Minimum of five or more adult residents; often quite a bit larger, and under state oversight.

Typically, a resident has a private living space comprised of one or sometimes two rooms with a bathroom (sometimes called a “studio”).

Small homes (smaller than CBRFs). Under state oversight, if there are three or four residents; some counties may allow and oversee homes for one or two residents.

By law, type of care is similar to that provided in a CBRF, but residents may be able to receive up to seven hours of nursing care per week.

By Wisconsin statute, a nursing home houses five or more people who, by reason of mental or physical conditions, require access to 24-hour nursing services. In general, the nursing care available and received in a nursing home is more intense than that received in the various types of assisted facilities. Moreover, the level of governmental regulation and oversight is higher.

Assisted living facilities sometimes offer a double-room (that is, roommates) option but, typically house residents in private rooms or apartments. Some nursing homes still require that residents share double rooms, at least if a resident is receiving public assistance and does not agree to pay an additional, private-room fee. (Note: Short-term rehabilitation facilities, which are sometimes called nursing homes but are used for immediate post-hospital rehab, for example, typically provide their residents private rooms.)

CCRCs provide levels of care ranging from quasi-independent apartment living to nursing home care. The concept is to allow individuals to continue to stay in the same overall community but receive changing levels of care as their needs change. A long-term lease or other form of long-term contract typically is required as a condition of residence in a CCRC. State law specifies certain criteria for these arrangements.

Aging and Disability Resource Centers (ADRC) are now an important go-to source of information on a wide variety of issues, including long-term residential care. Door County’s is headquartered in Sturgeon Bay and can be reached at 920.746.2372.

Wisconsin’s Department of Health Services, Division of Quality Assurance, is the primary overseer, at the state level, of long-term residential care providers. A starting point for learning about providers is dhs.wisconsin.gov/bqaconsumer/AssistedLiving.

Linda Laarman has practiced law for almost 35 years. A key area of practice has been advising employers on employee benefits and compensation matters. 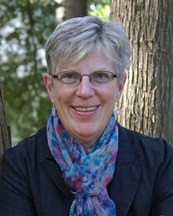