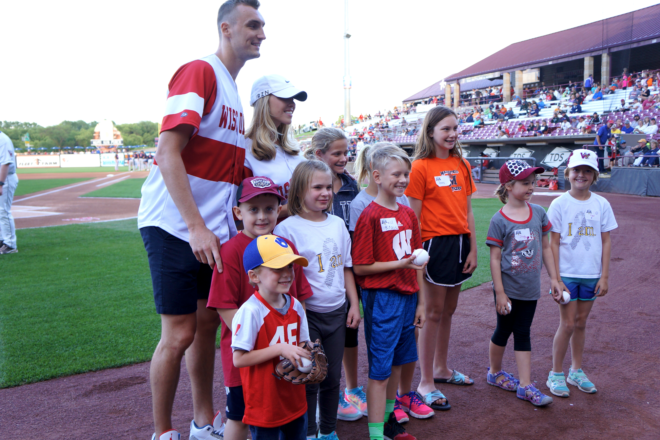 Sam Dekker and Olivia Harlan (back row, left) have asked fans and friends to donate to the Children’s Childhood Family Foundation in lieu of wedding gifts for their July wedding in Door County. Submitted.

Couple to wed in Door County in July

When Olivia Harlan and Sam Dekker get married in Door County in July, they aim to make it a special day for people they may never meet.

Harlan, an ESPN reporter, and Dekker, a former Wisconsin Badgers basketball star and member of the NBA’s Los Angeles Clippers, have asked people to donate to the Children’s Cancer Family Foundation (CCFF) in lieu of wedding gifts.

Their connection with CCFF started when Dekker attended a Strike Out Cancer event held at the Wisconsin Timber Rattlers stadium in Appleton, where he connected with children battling cancer. One of those children was a fun-loving boy named Kyle battling leukemia, who would carry the picture of him with Dekker from hospital room to hospital room. In 2015 Kyle lost his battle, and asked to be buried in the t-shirt Dekker had given him.

“It really makes you reflect,” Dekker said. “It makes you realize that people are always watching you, how you carry yourself, how you treat people. It can always be making a difference. To know I had made an impact on a great little kid like Kyle means a lot.”

“It got us thinking about what else could we do,” Harlan said. So they’re aiming to raise $50,000 for the foundation to continue helping families with the financial costs associated with battling cancer, such as meals, lodging and transportation for treatments. They blew past their initial goal of $15,000.

The funds will be directed to families in northeastern Wisconsin, an important factor for Harlan. One family that leaned on CCFF was that of Ceci Anschutz, whose parents Marcus and Alissa are Gibraltar High School graduates. 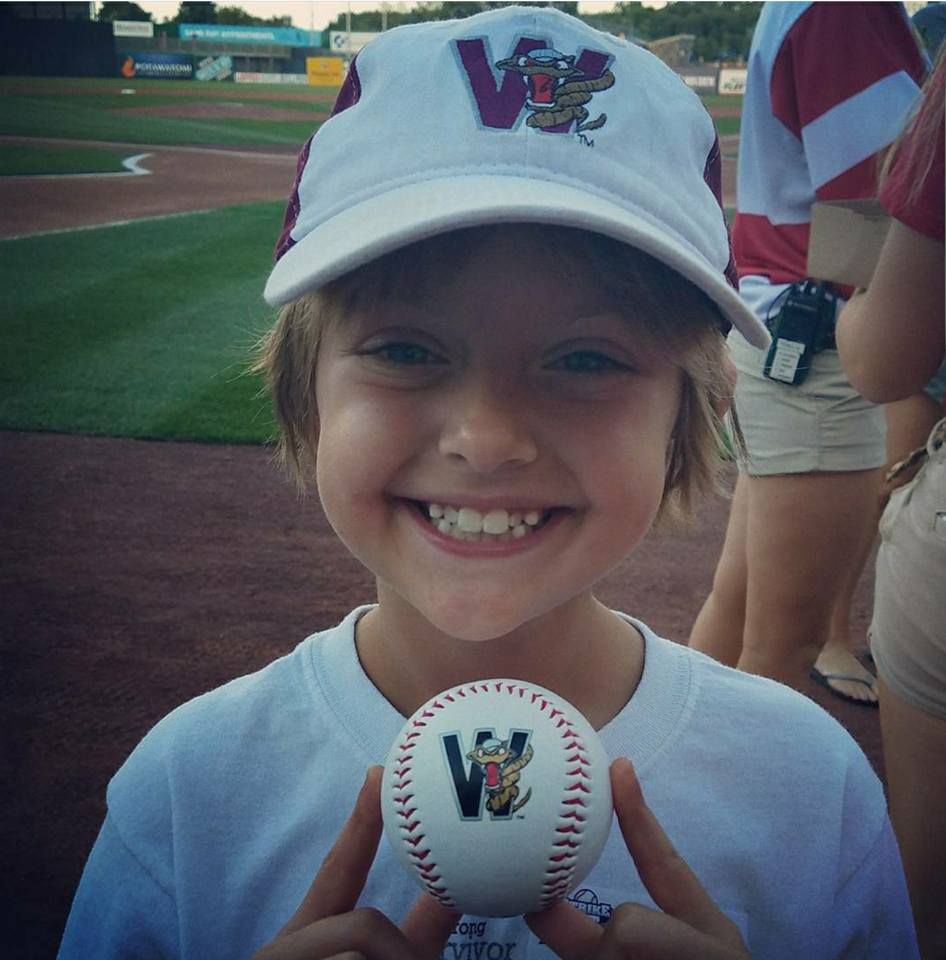 Ceci Anschutz enjoyed a Strike Out Cancer event hosted by the Children’s Cancer Family Foundation when she was battling cancer. Submitted.

On April 28 of 2016, Marcus was walking the family dog with their two daughters, Ceci and Makaila, when Ceci complained of a side ache. Ceci returned home while Marcus and Makaila finished their walk. By the time they returned home, Ceci was on the floor in tears.

A trip to the ER revealed a seven-centimeter mass in her side. Ceci was soon off to Children’s Hospital of Wisconsin for surgery to remove the four-pound Wilms’ tumor, one kidney and part of her diaphragm. Ceci endured 10 days in the hospital, weekly chemotherapy for 25 weeks, and radiation treatments.

“Cancer, and treating it, takes over, it becomes what life is all about,” Alissa said. “It’s impossible to put into words how much that impacts you.”

When she used up her time off through the Family and Medical Leave Act she had to quit her job and adjust to becoming a single income family. The Anschutz family received support from CCFF’s financial granting program to help ease the burden.

“The organization is all about taking the stress of the financial costs off of families as much as possible,” Harlan said. “Chipping away at the second worst part of getting cancer. Finances are the last thing you want to think about in that circumstance.” 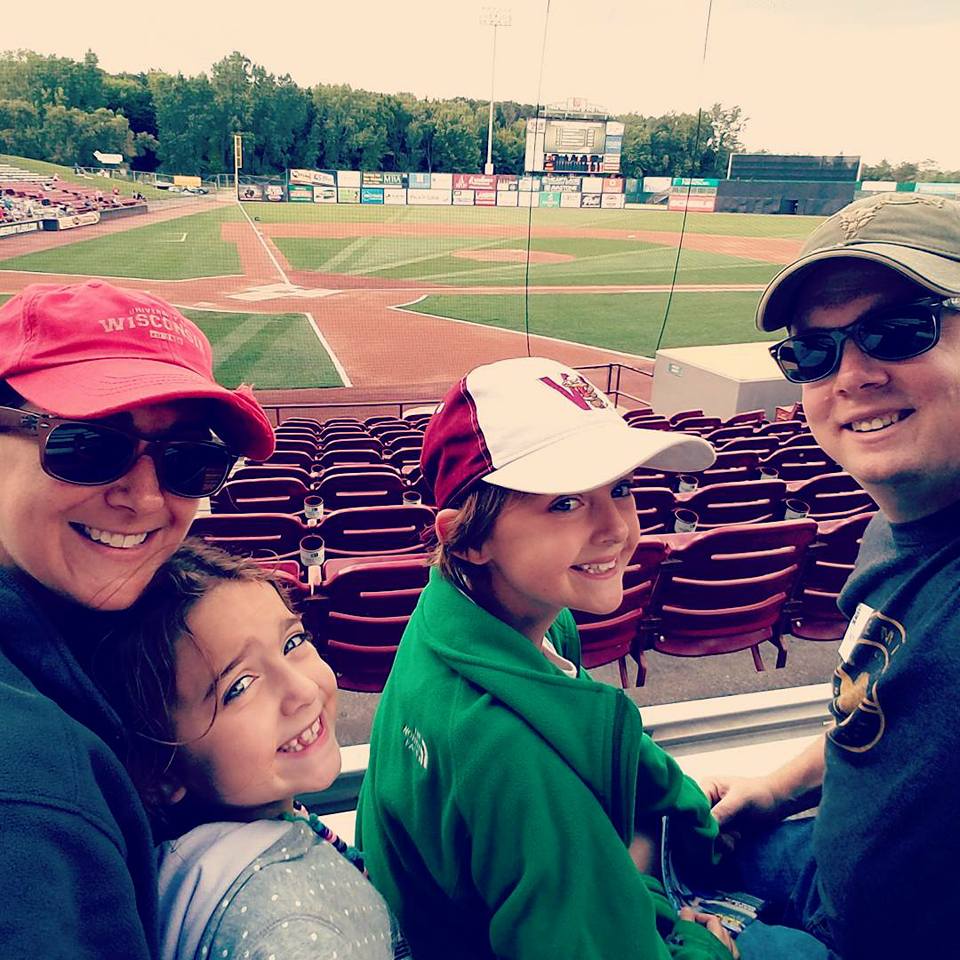 The organization also connected them to other families going through the same struggle. Ceci attended a spa day for patients, got special tickets to a Green Bay Blizzard football game, and a trip to the Strike Out Cancer event with Dekker and Harlan, throwing out the first pitch.

“It’s so cool, because the whole world of childhood cancer is so full of unknowns,” Alissa said. “At these events you’re surrounded by people who know what you’re going through. You get to play with other kids who understand, and meet other parents dealing with it.”

Two years later, Ceci is doing great and has made it through five rounds of clean scans. She can’t play contact sports, but her energy is normal.

Dekker and Harlan are encouraging gifts in all amounts, but will send a personalized thank you note and photo to everyone who donates at least $50.

Connecting the effort to an organization serving the northeast Wisconsin community has special significance to the couple. Harlan said that when she and Dekker got engaged it was a no-brainer that they would hold their ceremony in Door County.

“My family has a home in Door County and my parents live there about eight months a year,” Harlan said. “I’ve spent every summer of my life there and think it’s the most beautiful place in the world.”

Dekker, a Sheboygan native, said it takes some work to explain where Door County is when he tells his Los Angeles Clippers teammates, but he’s excited to introduce friends to the peninsula.

“I didn’t know much about it until Olivia brought me up here a couple years ago,” he said. “But I’ve gotten the full taste of Door County now and I’ve fallen in love with it. There’s no other place we’d want to have our wedding.”

To donate to the Children’s Cancer Family Foundation, visit ccffnew.org and click on the Harlan-Dekker Wedding tab. 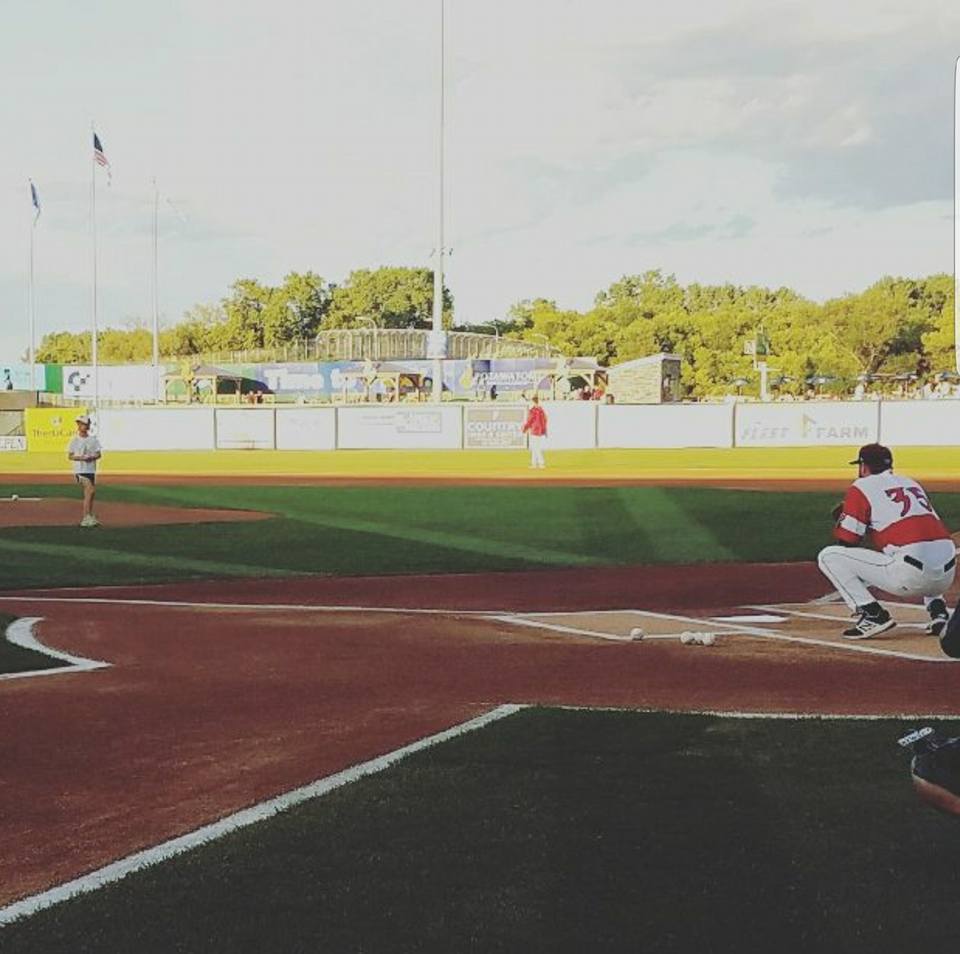 Ceci Anschutz throws out the first pitch at a Wisconsin Timber Rattlers game thanks to the Childhood Cancer Family Foundation. Submitted.