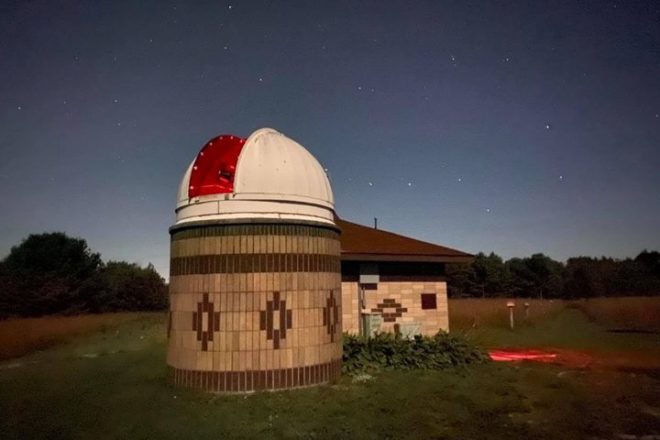 This year, the lunar event coincides with Halloween

In 2020, there will be a full moon on Halloween, and because it’s the second full moon during October, some people call it a “blue moon.” This usually (but not always) happens every 19 years, or “once in a blue moon.”

That any Halloween has a blue moon is the result of centuries of complications resulting from the fact that astronomy doesn’t quite align with politics, religion or the determination of humans to organize the year into months and seasons.

Astronomy, on the other hand, is more or less straightforward. The time between one full moon and the next is 29.53 days. Since prehistoric times, all over the world, people have marked time with months – the amount of time in this lunar cycle.

The Earth orbits the sun every 365.25 days, and we call that a year. The vexing problem is that 365.25 days cannot be divided evenly by 29.5 days. So how many months make up a year? And how many full moons occur during each season?

The ancient Greeks came up with a 10-month calendar. Unfortunately, that left some 60 days unaccounted for. During the time of the Roman Empire, people tried adding an extra two months to the Greek calendar, which helped somewhat. By the time Julius Caesar came to power, the calendar was off by only a week. But still, it was off.

So, in 46 B.C., Julius Caesar modified the calendar so that every month except February would have either 30 or 31 days, and a leap year would be added to even things out. After his assassination, Romans named a 31-day month – July – in honor of Caesar.

Soon after, Augustus Caesar named August for himself, taking an extra day from February so that he, too, could have a 31-day namesake month.

That calendar worked quite well in the short term because it was off by only 11 minutes and nine seconds every year. But that meant the calendar was off by a full day every 128 years, and over the centuries, that added up and made a difference. When was the first day of spring? When should farmers plant their crops? And when should Passover and Lent start? Pope Gregory – or probably his mathematicians – came close (enough) to answering questions such as these and solving the problem in 1582, and we still use that Gregorian calendar to this day.

But back to the moon/calendar relationship. If the lunar cycle is 29 days and spare change, and a month is 31 days long, it is technically possible for two full moons to occur during the same month – with the exception of February – if one full moon occurs very early in the month and another comes right at the end. This year, the first full moon in October occurred Oct. 1, and the second will come Oct. 31 – but that happens only “once in a blue moon.”

But why is it a blue moon? The first known reference comes from the time of Henry VIII, when Cardinal Wolsey wrote, “[they] would have you believe the moon is blue.” At that time, the expression meant that something was utterly absurd or impossible – not far off from our contemporary usage regarding something that’s extremely unlikely to happen.

In Maine, it took on an agrarian meaning. The Farmers’ Almanac, published in Lewiston, Maine, routinely lists the three moons of each season and refers to the third full moon of that season as a “blue moon.”

Oral traditions indicate that First Nation People grappled with the same issue, but they did not call it a blue moon. Their measurement of a year as 12 moons rather than 12 months meant that they would – once in a blue moon – have 13 full moons during one calendar year. Apparently, indigenous leaders would then add an extra “moon” that year to keep the activities of the tribe in line with the seasons.

No matter how spooky the night, and no matter how eerie the weather, don’t expect the full moon to actually be blue on Halloween – it will probably be white. But maybe, if there’s a great deal of dust or smoke in the atmosphere, the blue moon may appear to be orange on Halloween.