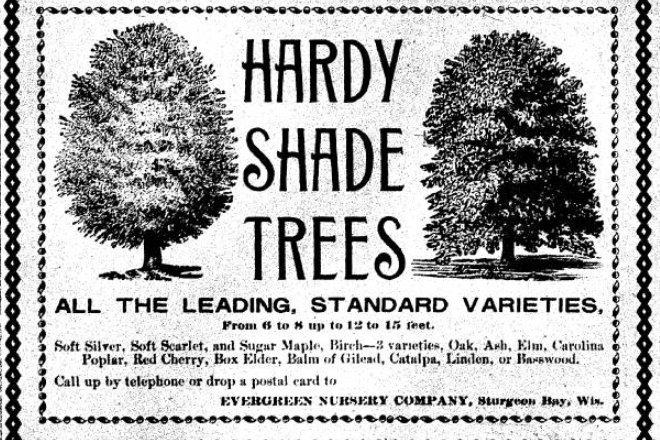 J. L. Miner, historian of Washington Island, while on his way to Sturgeon Bay had a thrilling experience. He started to walk towards Sturgeon Bay across the ice from this land and got opposite Eagle Bluff near the State Park when the ice gave away and Mr. Miner suddenly found himself in the cold water.

Had it not been for the timely assistance of Capt. Duclon, keeper of the Eagle Bluff light, he would have had a very close call. With Mr. Duclon’s assistance he managed to get out on solid ice and he was then taken to the keeper’s home where dry clothes were given him.

He had walked about thirty miles and would have made the rest of the way on foot had it not been for the fact that he had important business that had to be looked after on Monday and Tuesday of this week.

To Serve Milk to an Invalid.—Milk is nature’s food, and with rare exceptions is prescribed for the invalid. It is, how­ever, not always relished, because, many persons are not fond of it even when well. There are various ways of mak­ing milk more palatable. It may be heated and a pinch of salt added, or instead of the salt a little sugar and a few drops of flavoring. It may also be taken and shaken well to make what is known as a “milk shake.” Often skimmed milk is deemed more palatable than the unskimmed. A little lime water in milk will neutralize the excess acid in the gastric juice and enable the patient to drink it.