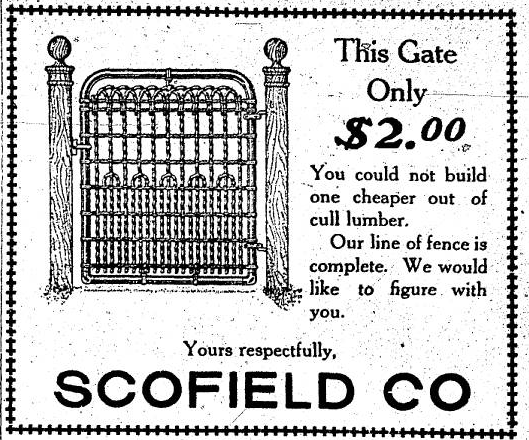 DON’TS FOR THE BOYS ON THE FARM.

Don’t go behind a horse or cow without speaking. Neglect to do this may cause fright and the most docile animal cannot be blamed for kicking under such circumstances.

Don’t tie the rope around your waist or wrist when leading an animal. Should it become frightened and unmanage­able, serious injuries might result, unless the hold could be released at once.

Don’t kick the cow or thrash her with the milking stool when she seems cross. Cows are very sensitive creatures and such treatment only makes them worse. Besides being cruel it interferes with the flow of milk.

Don’t mistreat dogs and cats. Animals are quick to show gratitude and you ought to be proud to be their protector. A gentle boy is almost sure to become a gentleman.

Don’t fail to be careful when around autos or steam cars with the team. Leave plenty of space between you and them. Any chance taken merely to “show off” may mean serious damage or loss of life.

WASHINGTON ISLAND — Jac­ob Young, 91, one of the staunchest supporters of the Republican party, passed away at his home, and was laid to rest here last week.

Mr. Young, who has voted for ev­ery Republican candidate for the presidency since he started to vote in 1864, delighted in telling how he put one over on election officials that year to vote for Lincoln. He was but 19 years of age at the time.

When visiting A Century of Pro­gress in Chicago three years ago Mr. Young saw a carriage which carried President Lincoln on a re­view of troops at Washington, D.C., and the deceased was in the re­viewing line before which the pres­ident passed. He was a member of the 9th Wisconsin regiment, and often stated that it was the proud­est moment of his life when he stood so close to the passing car­riage that had he not moved it would have passed over his toes.

Deceased was born in Germany and came to America when a lad of 16, settling at Berlin, Wis. After the Civil war he took up his resi­dence on Washington Island where he engaged in fishing and farming until retiring eight years ago. He is survived by seven children, 19 grandchildren, and twenty-nine great-grand-children.

There has been splendid skating on the lake during the past week, the ice being about eight inches thick. It was perfectly safe on Sunday, and a number of boys from the interior came down to enjoy a skate. At about three o’clock the ice began to heave and roll so much that it was considered unsafe. Skating was therefore discontinued, and two hours afterward the ice had all been broken up by the heavy sea that rolled in from the southeast.