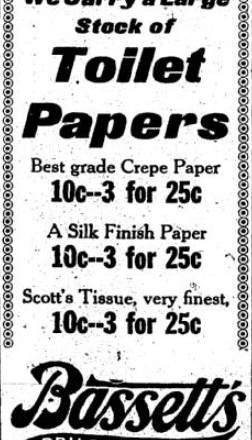 A Splendid History of that Great Exposition Within the Reach of All.

It gives us great pleasure to announce that we have secured the sole right to furnish the people of this county with an authentic and official history of the World’s Fair. Over $200,000 and three years of labor have been invested in producing this great work. The sole object of the publisher has been to give to the world an authentic illustrated history of the greatest exposition the world has ever known. It is the most elaborate and attractive work ever published, containing many thousand copper plate illustrations and being indispensable to all readers of history and lovers of art. This history is in no way to be compared with the World’s Fair Portfolios.

Besides giving over seven times the number of photographic views, in addition it gives a complete history of the great exposition from beginning to end. It has genuine merit and will be in great demand for years to come.

Modern ability and enterprise enables us to place this great work in the hands of readers of THE DEMOCRAT at a price which places it within the reach of every one. A brief prospectus of this splendid work, together with directions as to the way in which it may be obtained at a trifling cost, will be found on page three of this paper.

Is Before the Committee at Madison

Thos. Reynolds Requests Assembly to Make the Change and Suggestion Is Well Received.

The Milwaukee Free Press of Sunday has the following interesting account of the appearance before the assembly of Thos. Reynolds of Jacksonport in be­half of naming the state park in honor of ex-Senator Isaac Stephenson of Marinette, for whom it was originally named when purchased by the state. The following is from the pen of R. B. Pixley as it appears in the Free Press:

(Friday) morning, and out of it may grow an incident which will be a tribute to the former United States, senator in his declining years.

Several years ago, when partisan pol­itics was boiling a t the state capital, Senator Stephenson aided in the estab­lishing of two state parks, one at Devil’s Lake and the other in Door county. It was while the legislative committee was visiting the site of the park at Devil’s Lake that the idea occurred to Thomas Reynolds, then assemblyman from Door county, that Mr. Stephenson might aid in the establishing of a Door county park, and he suggested it to the senator.

The suggestion followed an agreement that the senator would contribute $25,000 to the state for that purpose.

The offer was accepted by the state park board, and later Mr. Stephenson sent his check to the state.

Then came the investigation, with Senator Blaine leading the faction which had decided to drive Senator Stephenson out of politics. During the excitement someone suggested that the $25,000 was “tainted money,” and the legislature returned the money to Marinette, and the Door county park was named Peninsu­la park.

This and That from Here and There

The Plainview school keep a health record so the children may be more healthy. To keep perfect rules and keep a 100 percent record they must do the following: 1. Bring a clean handkerchief to school every day; 2. comb their hair; 3. Brush their teeth; 4. Take a bath every week; 5. Sleep with their window open; 6. not drink tea nor coffee.