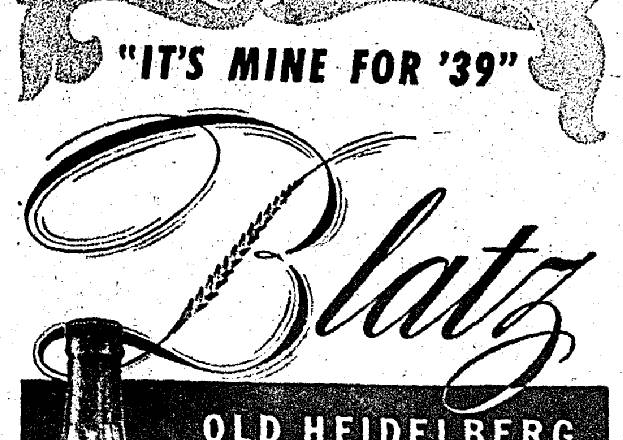 As spring opens, and business men, pleasure seekers, bummers, and all men in general, move towards Sturgeon Bay, it should not be forgotten that the “Exchange,” is the only temperance house in town; that it is the nearest hotel to the steamboat landing; that a good new side-walk leads direct from the landing to the hotel; that first-class beds, tables and attention will be bestowed upon all guests, and that the most genial, sociable and courteous landlord and land lady the West affords, preside at the “EXCHANGE.”

The married ladies of Clay Banks have passed a resolution to lock their doors and admit no one after 10 P.M., and Mike McDonald, our tramp editor, who is authority for this item, says about half the married men have to sleep at the hotel now. You needn’t place too much confidence in this statement (and we don’t suppose you will if you are acquainted with Mike) as Michael often gets things badly mixed.

The steamer Fountain City was discovered to be on fire shortly before midnight Tuesday. The boat lies at anchor about five hundred feet north of the Leathem & Smith docks. When discovered the whole of the after cabin was in flames. At first it was thought the fire department would not be able to get a stream onto the boat, but chief Harry Hahn was determined to at least make an effort, and it proved eminently successful. The engine was stationed near the warehouse, the hose run out to the north end of the dock, a yawl secured, 500 or more feet of hose loaded in and carried to the burning steamer, paying it out into the water as the boat went. Fully twenty minutes was consumed in getting the hose out and getting a stream onto the flames, which by that time had gained tremendous headway. However, by their untiring efforts the fire was kept to the rear of the after hatchway. It was nearly daylight when they returned to the engine house. The barge is owned by John Leathem, of this city, Capt. Chas. Graves, of Green Bay, and B. F. Davidson, of Chicago. She is valued at $15,000, and was insured for about one-half that amount. The owners estimate the loss as a total one. The fire is supposed to have originated by a spark from a passing steamer.

Eli Haines, who purchased a large tract of land at Idlewild last fall, has commenced erection of a summer hotel. The present building is 30×40. There will be a large dining room, sitting room and kitchen on the first floor and ten bed rooms on the second floor. A large roomy balcony will be given sufficient room for resorters to sit out of doors and enjoy the balmy breeze from the bay. This building is setback a considerable distance from the shore to leave room for a much larger structure which will be erected in the near future. Mr. Haines is to be commended for his enterprise in doing his share to take care of the summer resorters who come this way. This hotel together with other buildings at Idlewild will accommodate 100 more people than were cared for at one time last season and we bespeak a liberal patronage for Mr. Haines, who is a good provider and a genial gentleman throughout.

ARE BEING PUT ON THE MARKET

Robin Hood Toy Is Meeting With

Great Success. First Sale To Be

Put On At Local Store

The Woolworth 5 and 10 cent store in this city will have a display of Robin Hood Cross bows, targets and ammunition in their window Thursday and on Saturday at 8 a.m. the sale will start. This is the toy patented by H. H. White, former manager of the local Woolworth store, and is considered a home product. J. G. Ollinger is joint owner of this patent, and the firm is known as the Robin Hood Toy Co.

The Sturgeon Bay Fruit Package company is manufacturing the toy as a side line. This company will still keep on making crates to meet the demand locally as well as filling several outside orders. The making of the toy is a side line that promises to develop into one of the largest industries in the city. It will keep the local plant in operation year around. At present twenty-hands are employed and twenty to thirty extras will be added as the new machinery can be installed.

Mr. White just returned from New York city with orders enough to keep the local plant busy for some time. A 15,000 order for the gun is being shipped this week and daily shipments are to be made from this time on.

The toys are making quite a hit with the children and the local 5 and 10 cent store will be the first one to put on sale this product. They will push it strong and it is up to the home people to buy the home article. There is no other shooting toy on the market that has proven satisfactory that can be sold for 10 cents.

EGG HARBOR – Miss Elenor Carmody has the distinction of opening the bathing season at this popular summer resort, having taken a plunge into the invigorating waters of Green Bay Thursday afternoon, May 6th, thus breaking all records for this section.

The attractive young miss scorning the fact that there were still chunks of ice floating about plunged into the frigid water and swan around for some time before emerging. She was told that she would have a severe cold and be sick from shock, but Miss Carmody suffered no ill effects, claiming that the water did not feel so cold, and after a good rubdown she felt fine.

EGG HARBOR – A deal was closed the latter part of the week whereby the Town of Egg Harbor became owner of the dock, building, and 300 feet of shore frontage here, which was formerly owned by the Fruit Growers Cooperative of Sturgeon Bay, the property to be used as a campsite.

Consideration was $2500, to be paid in yearly installments of $500. Paul Bertschinger, prominent local business man, advanced the town the money to make the purchase, and other business men of the community have guaranteed interest payments.

The location is ideal for a campsite. There is a well on the premises for securing fresh water, and a large 600-gallon cistern is situated in such a position as to be in readiness for immediate use in case of fire on the grounds.