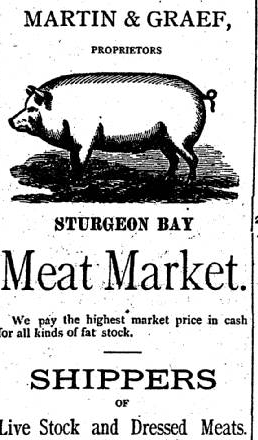 The first case under the new liquor law came off last Saturday. H. Hahn was arrested and tried for selling Beer to C. M. Chase while intoxicated. The jury returned a verdict of  “not guilty.” This was as might have been expected by looking over the venire of the Jury. Upon the venire were all the saloon keepers intown, except the occused, every man who is in any way interested in the sale of liquors and C. M. Chase who was the occasion of the complaint. Only six temperance men were upon the venire just enough for the accused to strike off. The district attorney, as was his duty, struck off the five saloon keepers and Mr. Chase, which exhausted his control over the Jury; at best, there were some having a pecuniary interest in the sale of liquor and not one unfavorably disposed to its sale. With such a jury no proof nor legal ability would have been sufficient to have convicted Mr. Hahn, unless the jury could come to a higher sense of impartiality than we deem possible for mortals. If there is a juryman who can give a decision absolutely regardless of his preconceived notions we would like to see him.

Mayor Mullen, who is patriotically interested in the establishment of an electric light plant in our city isn;t in a position to feel very enthusiastic over the prospect, but will not abandon the scheme as impracticable without further effort.

A tough looking character was taken in by Chief of Police Walker last Wednesday. To save expense to the city he was shipped the same night on one of the steamers leaving port that evening, an effective and cheap manner of disposing of such cases.

Every mail or express leaving the city contains a great many packages of the fragrant trailing arbutus. The flowers are picked in numerous quantities and shipped by local people to allparts of the country. It is said that if packed in dampened moss the flowers will arrive at their destination a week after being picked, in perfect condition. The flowers are offered on the street at the low price of five cents for a liberal bunch and the little girls have no trouble in disposing of the dainty blossoms at that price, and make quite a little extra money in this way.

Capt. Carl Hanson, owner and master of the gasoline freighter Marion, was in the city the latter part of the week, at which time a reporter asked him concerning the proposed ferry line across the Door to Washington Island.

Capt. Hanson says that he plans on starting along about June 1st to 10th. He will make a round trip in the morning and on in the afternoon, and will have time to make a special trip should it be found necessary and desirable.

to Open Homes to

More tourists than ever before are expected to visit this county on Cherry Blossom Sunday, My 27. The dedication of the New Masonic Temple on Saturday will also attract hundreds of visitors to this city. Many will come on Saturday and remain over the week-end

The Chamber of Commerce and the committees in charge of the arrangements on these days urgently request that all who possibly have room in their homes open them to the visitors.

The feeding of the tourists is also a problem confronting the committees, it being doubtful whether the hotels and restaurants in this vicinity will be able to accommodate them all. If you are in a position to care for the tourists in any way you will render the officials a great faver by calling the Chamber of Commerce and notifying them of the fact.

Word was received in Sturgeon Bay Wednesday that Mrs. F. P. Crunden, summer home owner at Fish Creek, that she has been offered a most attractive contract by one of the large motion picture producers in Hollywood, Calif., and has virtually accepted the offer. Mrs. Crunden’s home is in St. Louis, Mo., and during the winter she participated in a production at the Artists’ Guild theatre in that city. In spite of her age, Mrs. Crunden, who is 72, carried audiences off their feet and her work drew such favorable comment when witnessed by movie moguls that she was requested to consent to appear in pictures.