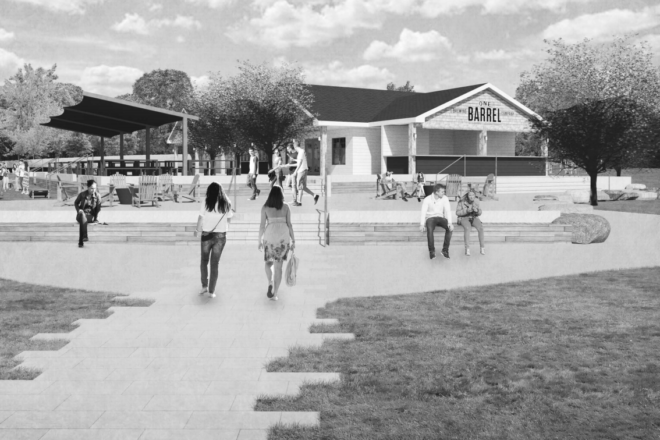 After a public hearing before the Village of Egg Harbor Plan Commission July 24, Peter Gentry is ready to move ahead with his plans for opening a second One Barrel Brewing in the village. Gentry opened One Barrel in Madison in 2012, and has seen his small operation explode into statewide distribution.

Gentry said while he expects to take possession of the building in mid-September, the current tenants of the building at the corner of Highway 42 and Market Street will remain until the end of the year, at which point interior remodeling will begin for the May 1 soft opening and the June 1 hard opening of One Barrel Brewing.

“You might see some outdoor site work this fall,” he added.

Gentry said he plans to brew beer in the original one barrel system that he began his business with in Madison.