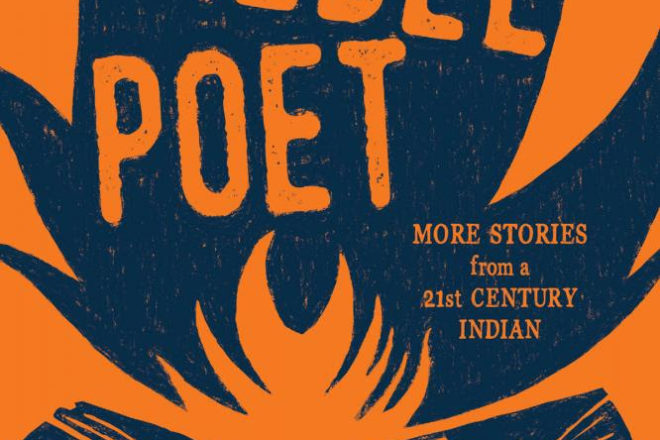 This fall, award-winning Oneida Indian author and poet Louis V. Clark III (Two Shoes) reignites the identity introspection he began in his break-out memoir, How to Be an Indian in the 21st Century, in his new Wisconsin Historical Society Press memoir, Rebel Poet: More Stories from a 21st Century Indian.

Through a powerful blend of poetry and prose, Clark delves more deeply into the themes of family, community, grief and the struggle to forge a place in a world that considers your identity suspect. Beginning with his youth on the Oneida Indian Reservation in Wisconsin until the present day, Clark draws upon his memories to explore his mother’s alcoholism, young sister’s death, workplace backlash, the hard-fought sense of home that he and his wife have created and more.Accompanying his verses, Clark reflects on key moments of his life in contemplative passages that describe some of the inspiration behind his lyrical arrangements and provide illuminating snapshots of American Indian life in the 21st century.