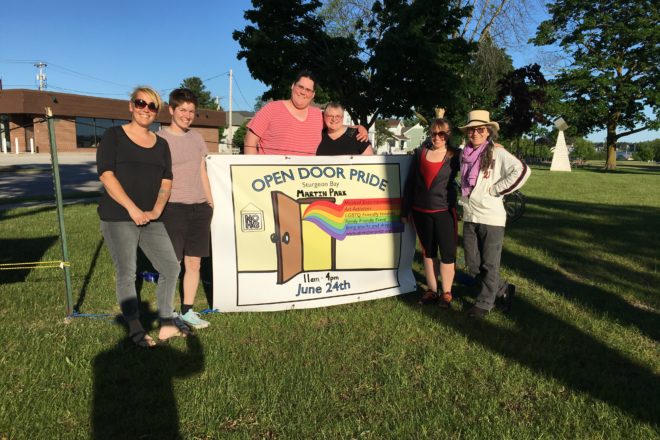 The Door Peninsula is a place of natural beauty, but we also want to be a place of cultural beauty, where all human beings can feel safe, free and able to pursue their lives and dreams without discrimination, judgment or harassment. There are many types of social diversity: religious, racial, financial, intellectual, age, and many more, but one we don’t often openly talk about is sexual diversity and the LGBTQ community we have here. Some may not even be aware we have an LGBTQ community in Door County or know what those letters mean. They may not know how difficult it can be for people who are having gender concerns to “come out,” to know who they are, or be allowed to be who they are. While there are many supportive people, even churches and businesses, it seems there is also an underlying current of disapproval and disrespect at times, perhaps brought about by not truly understanding how confusing gender identity can be for some.

Last summer Cathy Grier moved here from New York after finding a home with in the Steel Bridge community of musicians. Upon finding a fairly quiet showing of support for the LGBTQ community when she arrived, she thought it would be a great idea to start an inclusive organization for LGBTQ people who need a bit of support and education as to how to be themselves in a culture that may not understand them. Grier, Meg Farley and Brit Gartner got together and decided to create a Pride event and an organization to be available year round to those who need support, and so, Open Door Pride (OPD) was born.

Katie Baeten created a banner logo. The organization now has a board of directors and mission statement and is planning its first event. 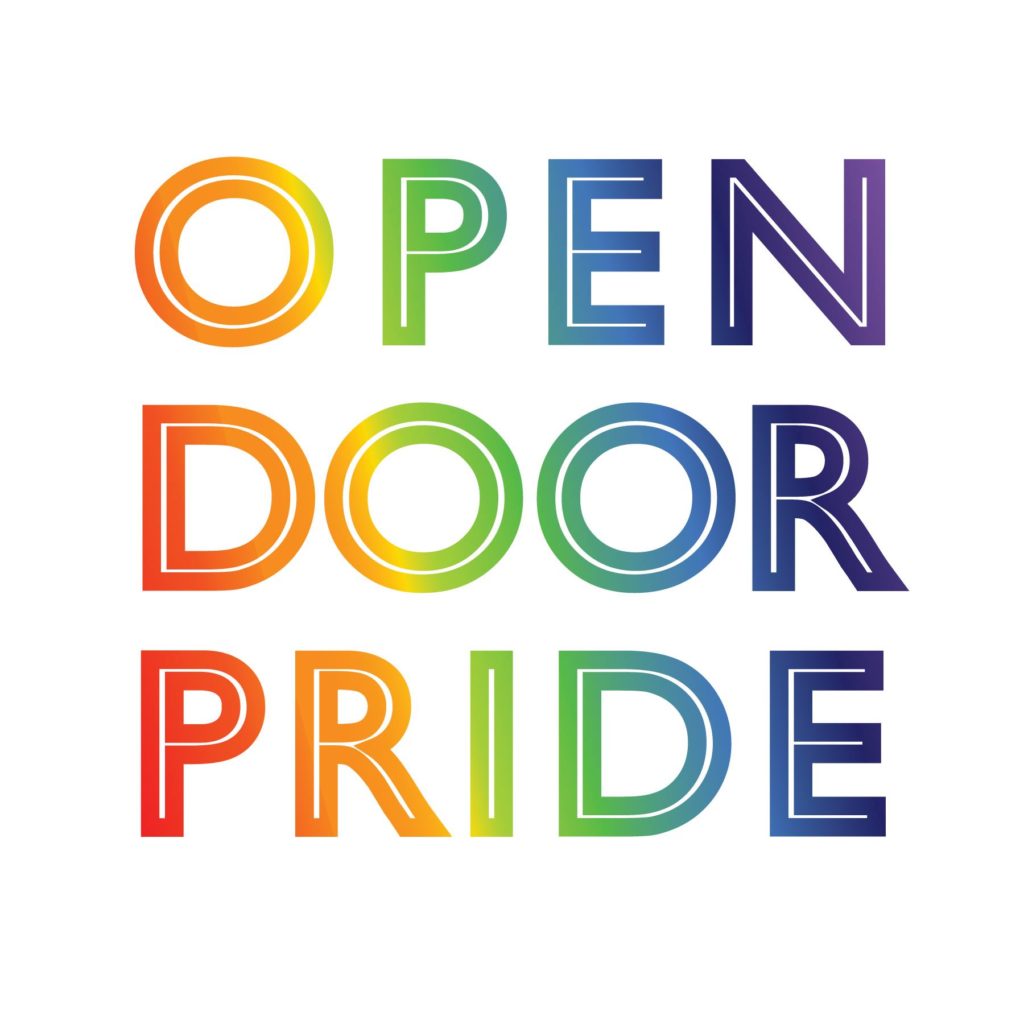 “It (ODP) is for new members of a community like myself who arrived not to find any reference to LGBTQ support except for a few rainbow flags and a storefront poster expressing that the business supports LGBTQ community,” said Grier. “It’s a good start, but beyond that, I didn’t see anything else. I was given a welcome to Sturgeon Bay packet that didn’t include one reference to the LGBTQ community or support. So, I thought, I am openly out, what about others coming to this community to live, work or enjoy the wonderful area on vacation,” Grier said.

Do we need a Pride event in Door County, one might ask? And who is it for?

“Pride is for LGBT people, friends, family and allies,” T. Cathers-Mitchell said. “This is far bigger than just people who identify as gay. This is inclusive of people who fall in love, with all, or none of the genders. It is for people who silently feel they are uncomfortable with the gender roles that society would put them in. It is very much inclusive of the hundreds and thousands of people who don’t identify as LGBT, but believe that there should be a place for LGBT in Door County.”

So what does LGBTQ mean? LGBTQ is an acronym that stands for Lesbian, Gay, Bisexual, Trans and Queer, and is used to designate a community of people whose sexual or gender identities can create shared political and social concerns. The LGBTQ acronym does not encompass everybody, and different organizations may use fewer or more letters, for example, an “I” to indicate Intersex people. But, what do all those words actually mean? There are so many stereotypes and much confusion about these labels and we can become judgmental or fearful about things we don’t understand. Here is what those letters mean.

Lesbian:  A woman who is attracted to other women.

Gay:  A man who is attracted to other men.

Bisexual:  An individual who is attracted to both genders.

Trans:  An umbrella term that seeks to incorporate individuals whose gender identities do not match their biological sex, for example, somebody who is born male-bodied and identifies as a woman. The term “trans” includes those who are pre- or post-surgery and those who do not wish to undertake surgery to alter their sex. A distinction is made between sex (male/female) which is a biological given at birth, and gender (man/woman) which is a sociological and psychological construction concerned with characteristics that are not biological.

Intersex:  An individual who is born with biological characteristics of both sexes. Intersex individuals are sometimes included within the LGBTQ acronym.

After talking to Open Door Pride board members about their choice of the name, they all said pretty much the same thing.

“It’s a perfect play on words using the fact that we are Door County and we should be open to all. That might not be the case in 2017, but by creating an organization such as ODP, and a Pride event, we hope to lay the groundwork for support and diversity in Door County 365 days of the year. The board of Open Door Pride could be defined as ‘light workers,’ making our voices heard in an area that has been dark for too long.”

Open Door Pride’s mission is to affirm our community’s diversity through inclusion for all. Visit opendoorpride.org to learn all about this unique and welcoming community.

As June is Pride Month, an Open Door Pride event will be held on June 24, 11 am-4 pm, in Martin Park, Sturgeon Bay. The event will be a picnic with live music, and is free and open to all.