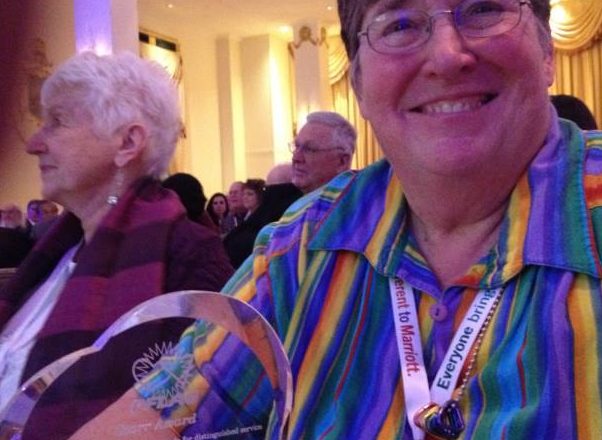 Sandy Brown launched a PFLAG chapter in Door County in 1997, a time when she said a Pride event was unimaginable. Submitted.

When Sandy Brown started the Door County chapter of PFLAG (Parents, Friends and Families of Lesbians And Gays) 21 years ago, the idea of a public gay pride event in Door County wasn’t on her agenda.

“That was unthinkable then, it didn’t seem possible,” she said. “I didn’t even think to try that.”

In fact, she started the organization as PFLAG because it included family and friends of gay and lesbian people and might draw less attention.

“I thought maybe a Gay and Lesbian Task Force might be too strong for Door County,” she said. 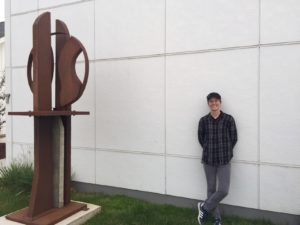 Brit Gartner says it’s easier to be out if you move to a community from somewhere else, than to come out in your hometown. Photo by Myles Dannhausen Jr.

The culture has changed dramatically since then. Brown and other PFLAG representatives have marched in local 4th of July parades since 2005. The Door County Visitor Bureau promotes the peninsula in gay publications and touts gay-owned businesses. Last year Sturgeon Bay hosted the first Open Door Pride celebration in Martin Park, an event that has extended to a week of movies, dances, music and readings in 2018.

While Door County has become far more accepting than it once was, many LGBTQ individuals still fear the repercussions of coming out.

For organizers, the hope is that by publicly celebrating who they are, they’ll pave the way for others to do the same, and to create an environment where the next generation is spared the experiences they endured.

When Homosexuality Was Considered A Mental Disorder

In 1969 Sandy Brown was studying technical theater at the University of Missouri when she visited her counselor.

“I think I might be homosexual,” she told him.

“Oh, you don’t want to be that,” he responded, alarmed.

The Diagnostic and Statistical Manual of Mental Disorders listed homosexuality as a mental illness at the time. It wasn’t removed until 1973. “So if he could distract me from that then he wouldn’t have to diagnose me as mentally ill,” Brown recalls.

She left his office and promptly went back in the closet. The counselor’s response wasn’t a shock. In 1964, when Brown was a high school senior, The Children’s Hour, starring Shirley MacLaine and Audrey Hepburn, came out. The movie portrayed two women teaching in a private school, attracted to each other. After struggling with her feelings toward Hepburn’s character, MacLaine’s character kills herself.

“That was my introduction to women loving women,” Brown says. “That’s all the media had to offer. It’s incredible the difference now.”

When she launched PFLAG in 1997 meetings were held at Hope Church. “People were afraid to park at the church at the time of the meetings because they were afraid people would think they were gay,” she says.

Slowly the atmosphere changed. Bill Clinton didn’t stand up for gay rights, but Brown credits him with bringing gay rights into the national conversation. The actor Ellen DeGeneres came out in 1997, the first openly gay TV star. In 2005, Wisconsin voters passed a ban on gay marriage, but almost immediately a demographic tide tilted the nation in favor of accepting gay marriage. In 2015, a landmark Supreme Court ruling granted same-sex couples the right to marry. 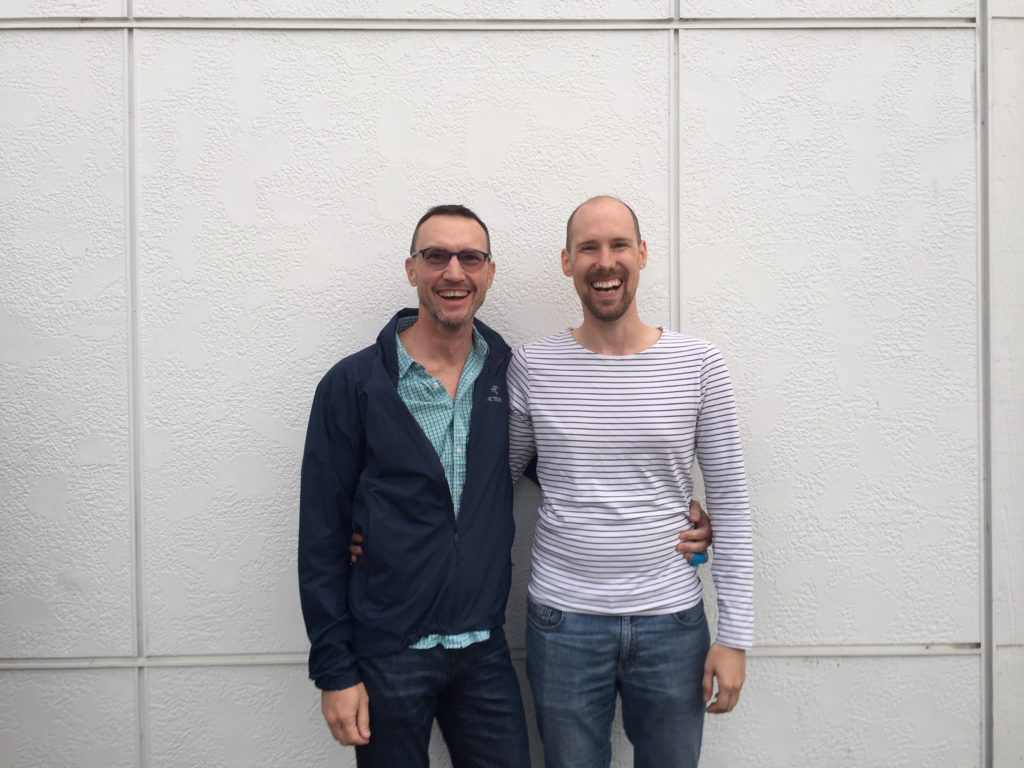 Sean Grorich and Josh Puetz said the county has grown much more accepting of gay couples since they first vacationed here 20 years ago. They moved to Door County permanently in 2017. Photo by Myles Dannhausen Jr.

By the time Josh Puetz and Sean Grorich moved to Door County in May of 2017, they were comfortable entering the community as an openly gay couple with a young daughter attending Southern Door School. When they first visited Door County as a couple 20 years ago it wasn’t so easy.

“You do things to not make yourself a target, just like when you’re a tourist you don’t want to look lost or stare up at buildings,” Puetz says. “You don’t hold hands, don’t kiss, don’t walk too close together.”

They say they occasionally still do those things, or wonder if they should, in certain places. There are bars they may not frequent outside the busy season, but for the most part, they feel comfortable as an openly gay couple in Door County.

“Once you get past that first winter, locals seem to think you’re OK,” Puetz says. Not that they could stay in the closet even if they wanted to.

“I practically spew rainbows out of my car’s exhaust,” Puetz jokes.

But it’s not that easy for everyone.

“When I moved here, I thought, can I just be out here?” says musician Cathy Grier, the founder of Open Door Pride. “People will come up to me and tell me that their child is gay, and they feel like, here is someone I can talk about my gay child to with pride. I hope, soon, they will be able to talk to everyone that way. It may be subliminal, but that little colored square of Open Door Pride is helping a little bit.”

“You need acknowledgement,” she says. “Someone where you can say, it’s part of me, and oh, it’s part of you too. Let’s celebrate that.”

“Not everyone can come out and not get comments, not have shame put on them,” Grorich says. “Not everyone has a place that’s safe.” 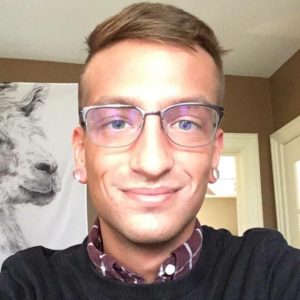 Brady Nieman says he knew he was gay growing up, but only came out publicly in the fall of 2017. Submitted.

Grorich, Puetz and Gartner all moved to Door County in the last five years. All agreed it’s easier to move here as an already out LGBTQ adult, than it is to grow up here and come out.

“Part of coming out is you shatter the expectation of everyone close to you and what they expected for your life,” Gartner said. “If you do that in your hometown, and it’s a small town, now it’s shattering the whole town’s expectations for you.”

Brady Nieman felt that weight. Growing up in Sturgeon Bay he says he always thought he might be gay, and he looked the part. “I wore skinny jeans, I had long hair,” he said. He was chased down and beaten up more than once. “To my classmates I was recognized as gay, even though I didn’t really come out to myself yet.”

In October of 2017, when he was 24, he decided to come out to his largely conservative family.

“Being comfortable? I wasn’t,” he says. “I was raised being told that being gay was the worst thing you could be. It took me a long time to realize that wasn’t true.”

But the reaction of family and friends was far better than he expected.

“I was worried about my father, but he’s been there for me,” he says. “He had suspected it, so he was more happy that I was able to tell him. I was finally happy, and I think my friends and family saw that and reacted to seeing me happy.”

He no longer walks around with what he calls “this ghost on my shoulder.” The Open Door community helped him get there. He is inspired by Grorich and Puetz, and hopes to be for others what they’ve been for him.

“They’re kind of my inspiration,” he says. “To see them and their family and see that I can still do all these things I’ve always wanted, it changes a lot.”