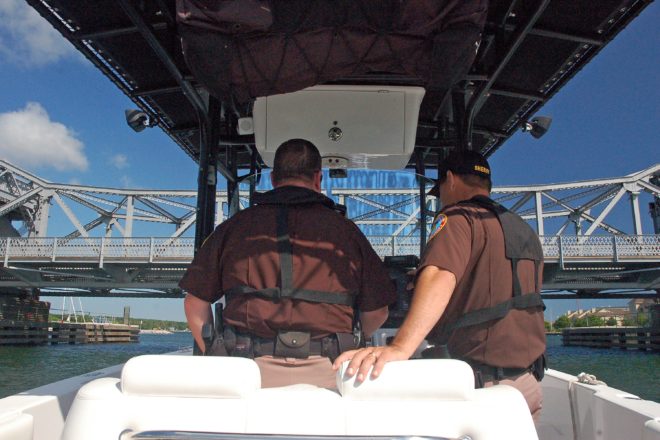 Operation Dry Water returns this weekend – June 24-26 – and both the marine patrol of the Door County Sheriff’s Department and the U.S. Coast Guard will be operating in Door County waters to ensure safe boating practices. 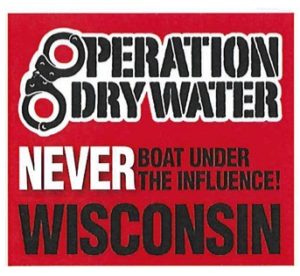 “Alcohol use is the leading contributing factor in recreation boater deaths in the United States. By participating in Operation Dry Water, the Door County Sheriff’s Department is encouraging everyone to stay safe by staying sober on the water,” said Chief Deputy Patrick McCarty. “We want recreational boaters to have a fun and enjoyable time on the water; one impaired boater can ruin that for everyone.”

A total of seven members of the sheriff’s department have gone through the necessary training to serve on the department’s marine patrol, including Investigator Jason Stenzel and Deputy Scott Walker, who have been with the marine patrol since its inception in 2008.

In 2012 the department purchased a sporty 500-horsepower Donzi boat using a $180,000 Homeland Security grant, which also covered the cost of training officers to operate it.

Stenzel and Walker said when they are out on the water, they are looking for safety violations such as boaters not wearing life jackets or boats traveling too fast in the shipping canal.

“We don’t want to be the bad guys. We just want everyone to be safe,” Walker said. 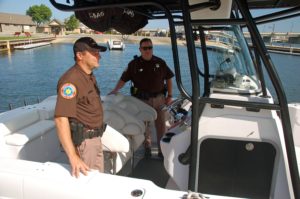 Investigator Jason Stenzel and Deputy Scott Walker are two of the seven members of the Door County Sheriff’s Department who take part in marine patrol. They will be out in force this weekend with the teams from the U.S. Coast Guard as part of Operation Dry Water, a national effort to raise awareness of the dangers of drunken boating. Photo by Jim Lundstrom.

Since the marine patrol began in Door County, officers have logged 582 hours of patrol, issues 45 citations and made two boating under the influence arrests.

Here are a few BUI facts: