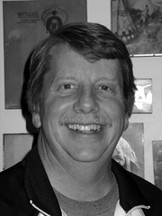 If you read the first two items in the title above and you shuddered when a memory flashed through your mind, there is a strong likelihood that you and I are from the same generation or your generation is close to mine.

If you are perplexed why anyone would shudder when seeing orange juice and toothpaste in such close proximity then you are, no doubt, from a younger generation and that is the crux of the problem that has led to the writing of this column.

It may seem hard to believe for many of you, but orange juice was once a prerequisite of breakfast. Any trip to the grocery store, particularly if you had children, always included buying milk and orange juice. Breakfast cereal commercials, which once flooded television, invariably included a scene of a filled cereal bowl (often topped with sliced bananas or strawberries), a tall glass of milk, and a somewhat smaller glass of orange juice. Indeed, the orange juice companies and the orange growers of Florida were also regular advertisers and, it seemed, that every refrigerator in America included a carton of orange juice.

Somewhere during the passing years orange juice consumption dropped precipitously. I remember several instances of hard freezes in the Sunshine State killing off large portions of the orange trees and these undoubtedly pushed orange juice prices high, which may have contributed to the plummet in orange juice consumption. Other factors included a significant drop in the acreage devoted to orange groves, Americans’ changing views toward sugar consumption, and our lifestyle changes that leave little time for a proper breakfast.

So, as you have gathered by now, I grew up at a time when a glass of orange juice every morning was not just normal, it was routine.

Of course, mornings are not routine. Oversleeping, scrambling to find (or finish) homework, etc. can throw “routine” into chaos. I delivered newspapers every morning from junior high through high school, rising at 4:45 am to fold and load my papers before setting off on my bike for deliveries. If it was raining, snowing or bitterly cold I was often running late by the time I returned home and so the routine became chaos.

Whether I experienced the dreaded toothpaste-orange juice combination after a long morning delivering papers and then trying to rush out of the house, or I had the experience earlier in life, I can no longer recollect. But, much like learning not to touch something hot (which you hopefully learned much earlier in life), drinking orange juice after brushing your teeth is an experience you never forget and, consequently, never repeat.

One internet commentator compared the taste of orange juice after brushing your teeth to drinking a glass of battery acid, a comparison that I can neither confirm nor deny since I have never consumed battery acid. But I was curious about what happens to make the sweet taste of orange juice so atrocious after brushing your teeth and the American Chemical Society provided the following answer.

Our tongues are home to almost 10,000 taste buds each containing about 100 taste receptor cells, which are programmed to detect five different types of taste: sweet, sour, bitter, salty and umami. When we eat food, molecules and ions with distinct shapes are distributed across the taste buds and these match up with specific receptor cells.

Toothpaste is made up of water, fluoride, abrasives and detergents. The primary detergent used in toothpaste is sodium lauryl sulfate (SLS), which is used in a wide array of everyday products, including toilet bowl cleanser.

And this is where the problem arises: SLS not only suppresses our sweet receptors it also destroys compounds in our mouth called phospholipids, which inhibit our bitter receptor cells. And so, with our ability to taste sweetness suppressed and our inability to block out bitter taste we get something that tastes like…well, battery acid, when we drink orange juice after brushing our teeth.

And this leads me to the final item in the title of this column: lost knowledge. Obviously, this is referring to the fact that, with significantly reduced orange juice consumption in America, fewer Americans are aware (or have experienced) the dreaded orange juice-toothpaste combination. But there it also refers to a more tangible experience, which gave rise to this entire column.

You see, I am one of those people who use mouthwash after I brush my teeth, and my preferred mouthwash is original Listerine. I sense many of you shuddering again merely thinking about the taste of unflavored Listerine and, while I acknowledge that it is awful I appreciate the burning sensation it causes me – confirming in my mind, at least, that it is, indeed, killing all those nasty germs.

So a few weeks back, my wife, Barb, went to the store and purchased a fresh bottle of Listerine for me (she, like you, hates the stuff), but, unable to find the original Listerine, she bought a flavored variety of my favorite mouthwash: orange!

And now you see my meaning when I refer to lost knowledge. No one, and I mean no one, would ever consider orange an appropriate flavor for a mouthwash if they had experienced the toothpaste-mouthwash combination. This was obviously devised by someone far younger than I am and was never stopped before being produced and foisted on the public.

To be fair, however, the orange-flavored Listerine does not produce the same repugnant taste the true orange juice produces after brushing your teeth. The taste is more akin to the orange candy crystals in the straws we all consumed as children, or the sweetened Kool-Aid powder if you dabbed some on your tongue before mixing the rest with water.

This fact, however, does nothing to change the cringe I experience each time I raise the orange-colored mouthwash to my lips after brushing my teeth. And as I dutifully finish off the vile liquid I look forward, anxiously, to original Listerine, whose searing burn I desperately miss.