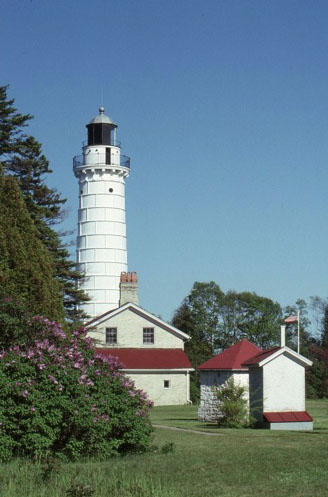 The Cana Island Lighthouse, built in 1869.

The 8.7-acre island includes the 89-foot-tall light tower, the original home of the lighthouse keeper and his family, and the oil house where fuel for the light was stored. A high point of the Cana Island experience is climbing the 97 steps of the tower’s spiral staircase to reach the gallery deck.

1869: The Cana Island Lighthouse was built alongside the Baileys Harbor Range Lights. Flooding was a problem because the “highest point” on the island, in the late 1800s, was less than seven feet above the average lake level.

1870: William Jackson was the first keeper. His wife was appointed assistant keeper.

1872: During a storm, William’s boat capsized and he and one of his sons had to swim to shore. He retired shortly after. Julius Warren became the new keeper. His wife Sara was later appointed assistant keeper.

1875: William Sanderson is the new keeper. His wife Sarah was later appointed the assistant keeper.

1884: The Lighthouse Board decides to take action to prevent continued flooding of the station.

1890: A breakwater, hexagonal stone oil house, hand railing for the tower stairs, and a footbridge on the causeway were built. 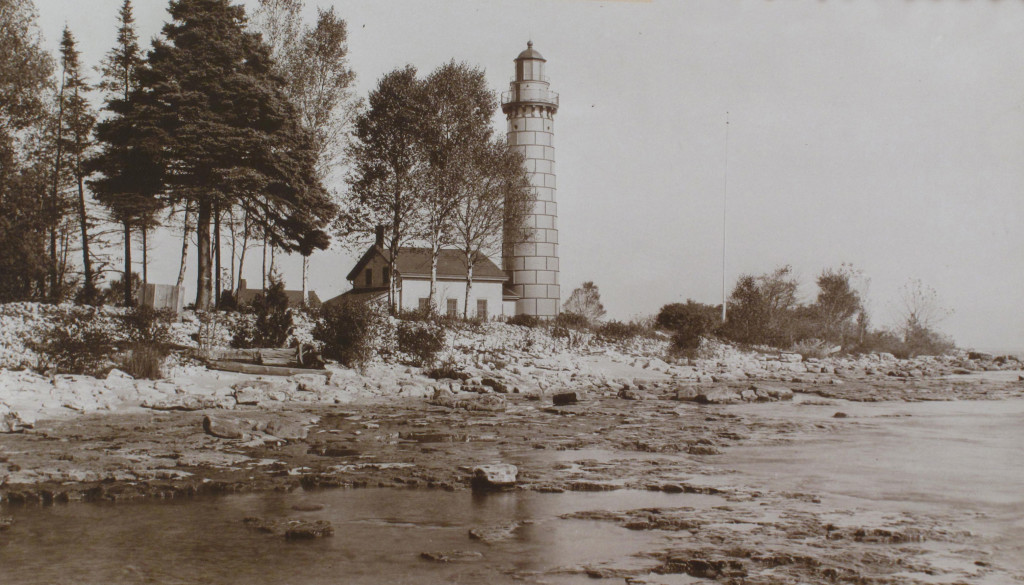 1902: Metal plates were riveted together around the tower instead of repairing the deteriorating brickwork.

1907: A steel rod was run between the first-floor joists to prevent bulging of the south wall. Concrete walks were poured to replace the wooden ones.

1919: Knudsen was awarded the Lighthouse Efficiency Flag for having the model station in the district.

1933: Ross Wright is the new keeper. He is the last civilian keeper.

1934: Power lines are strung across the causeway to the lighthouse.

1941: Wright retires. The station is used for military training activities during WWII.

1945: After the war is over, Ralph McCarthy leases the station to use as a summer residence.

1970: Control of the island and lighthouse is given to the Door County Maritime Museum.

1977: Louis and Rose Janda and their children serve as the summer caretakers.

2007: The island and lighthouse are officially transferred to Door County.

2008: Visitors are allowed to climb the tower. 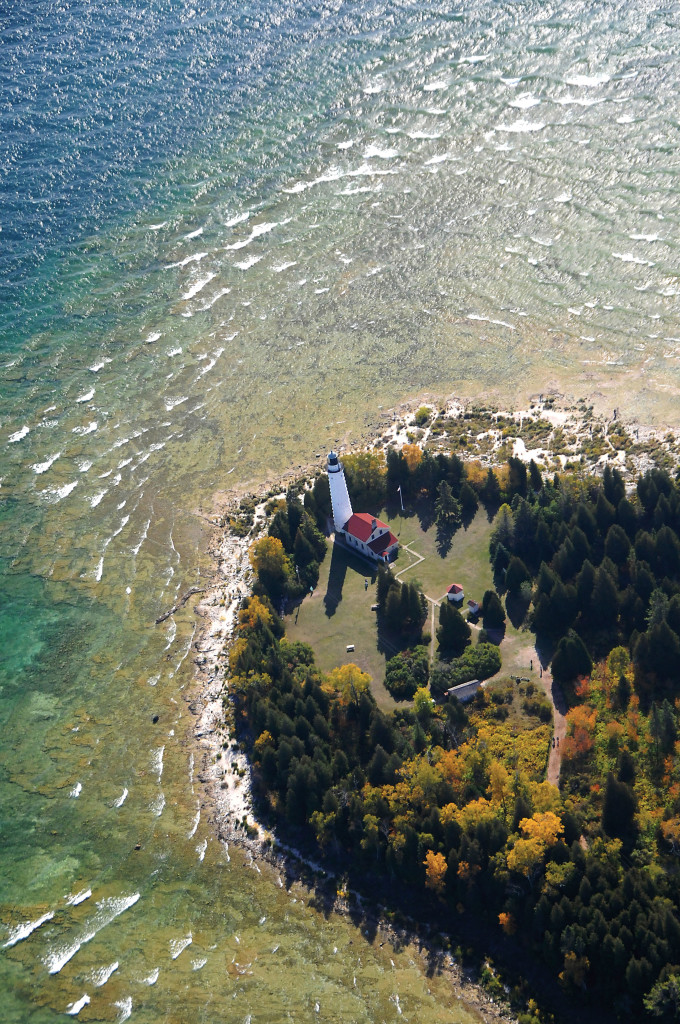 Because of wind and weather, the causeway can become flooded. Come prepared with proper footwear that can withstand the water and protect your feet.

Cana Island is open from May through October every day of the week from 10am-5pm with the last tower climb starting at 4:30pm. In order to climb the tower, children must be at least 5 years-old and 42in tall.

Docent led group tours, of 15 or more people, are available. It’s $7 per person or $12 with the tower climb. Call for more details.

US Coast Guard photo of Cana Island, circa 1913.

Cana Island from the air

Cana Island, Baileys Harbor, from the air. The lighthouse is one of Door County's most iconic attractions.

The stairs leading to the top of the Cana Island Lighthouse.