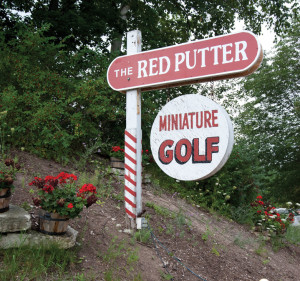 Home to the annual Red Putter Pro Tournament each August, which attracts scores of golfers from around the country to compete for the coveted Red Jacket and $2,000 in prizes, and the Frostbite Open, held Jan. 1, the Red Putter Mini Golf has been an icon of Door County vacations since 1993.

Not only is the course itself iconic, but so was the man behind the counter that brought back countless people for a great time, Bob Yttri. Bob bought the Red Putter in 1993 and ran it until 2017, when he passed on April 6 at age 79. His recognizable bowler hat, red shirt, and ever present smile will be missed, but the course remains infused with his good intentions and hope that everyone can have an enjoyable time.

Bob said of his “customers”, “They’re not my customers, they’re my friends.” Read more about Bob Yttri’s time at the Red Putter and what impact he left on the county after his death.

The mini golf course has been part of four films, including the recently released movie The Emissary. In addition, the course has served as the venue for six weddings. 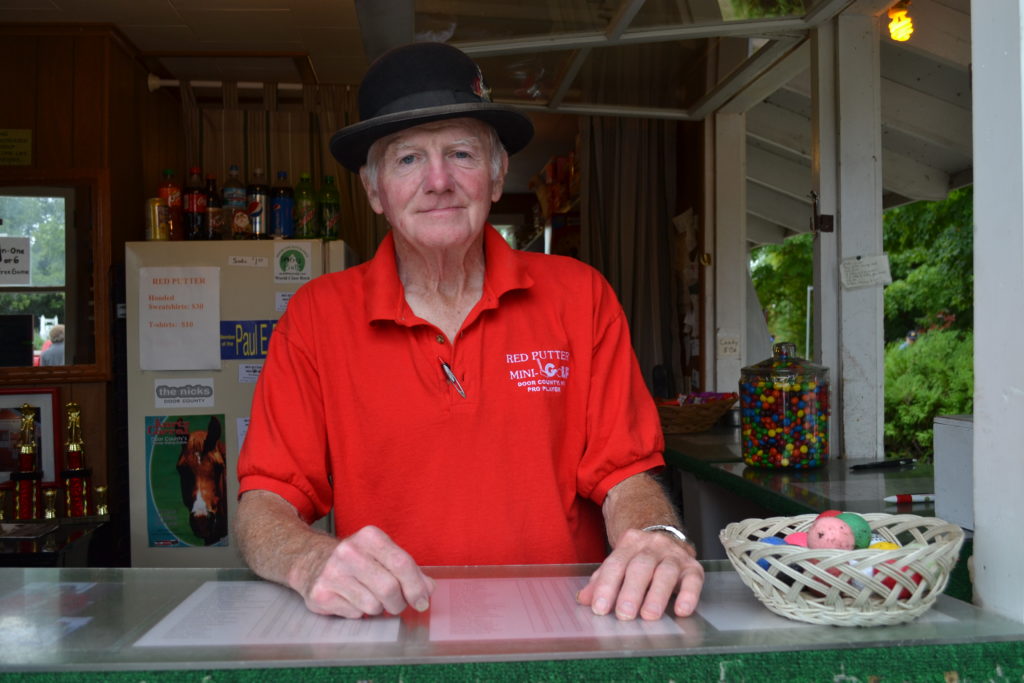