In October 1848, a cargo ship loaded with lumber and carrying several passengers left Racine, WI, bound for Detroit, MI. That evening the ship, commanded by Capt. Justice Bailey, encountered a violent storm. Concerned for his passengers and cargo, Bailey kept watch for a place in which to ride out the storm. Late that night he found a quiet cove where he could drop anchor until the storm passed and his journey could be resumed.

That act of nature assured Capt. Justice Bailey a measure of immortality; the village that sprung up there the following year was called Baileys Harbor.

Captain Bailey’s employer was so intrigued with the area that he convinced the Federal Government to construct a lighthouse at the harbor’s entrance in 1851 known as the Bird Cage Lighthouse. Soon after that settlers came to the land surrounding the town in the 1870s to begin farming. Before long, steamboats carrying passengers arrived regularly from ports to the south docking at what is now Anclam Park. Baileys Harbor, which was once a logging camp, shipping point and the original county seat.

Located on the shore of Lake Michigan, the area has thousands of acres of wetlands and wilderness, much of it preserved as part of Björklunden, Toft’s Point, the Ridges Sanctuary, and the Mud Lake Wildlife Area.

Birding and hiking are at their very best at the Ridges Sanctuary at Baileys Harbor. The Ridges, a privately held wildflower preserve, includes the Baileys Harbor Rangelight and Lighthouse, and a beautiful sand beach that’s open to the public.

Baileys Harbor has long been considered the premier sport fishing destination on Lake Michigan. All summer long the beaches here offer the best chances to relax, and is home to Door County’s hallmark 4th of July celebration. 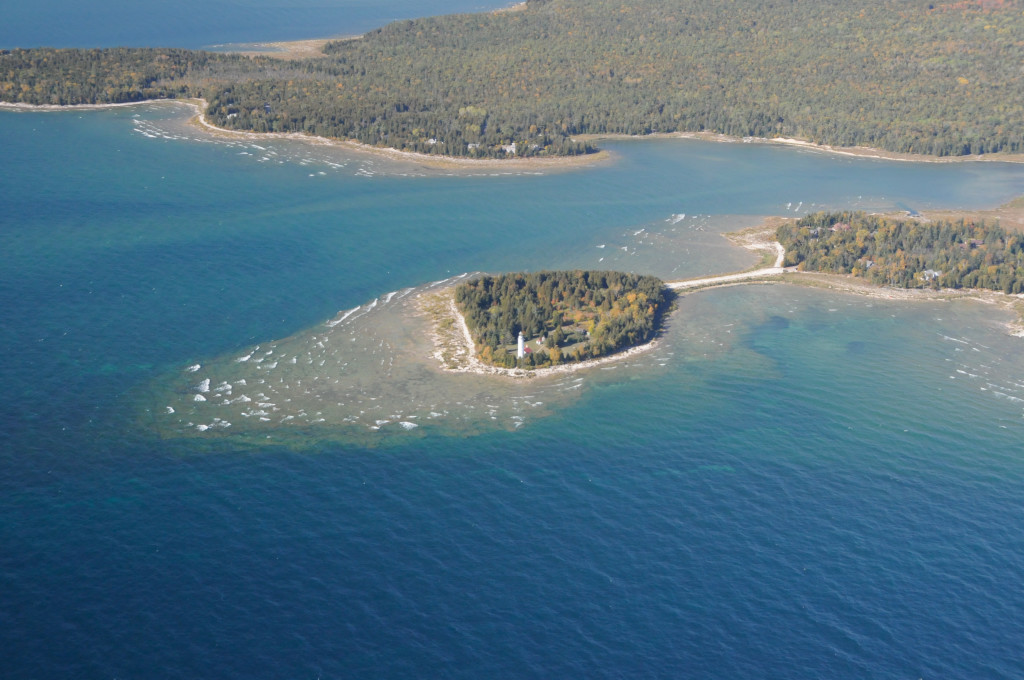 Cana Island, Baileys Harbor, from the air. The lighthouse is one of Door County’s most iconic attractions.