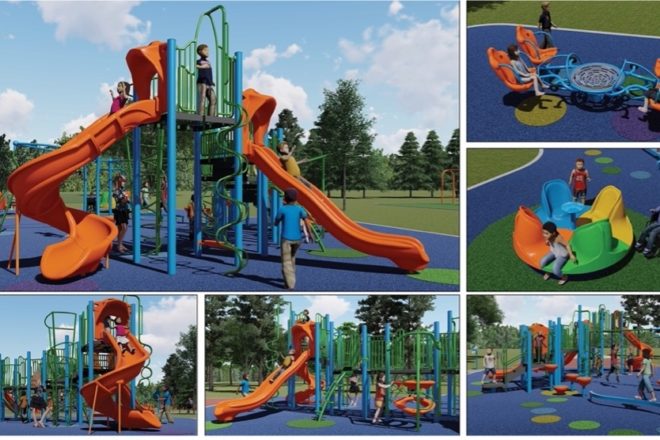 The effort to build a new playground at Otumba Park in Sturgeon Bay got a big boost Monday from the George Kress Foundation. The foundation has approved a $25,000 matching gift contribution for The Playground Project.

Playground Project is hoping the matching donation will bring the total raised to $275,000, bringing the effort closer to the final cost of approximately $400,000.

“The Playground Project at Otumba Park will create a premier public park in Sturgeon Bay offering a high-quality recreation environment where families can easily interact, form friendships, and where the community members and tourists of varied abilities can make lasting memories together,” organizers said in an announcement.

Otumba is one of three major playground improvement fundraising campaigns in the works in the county. Similar improvements are underway at Nicolet Beach and a fundraising effort is underway for Kendall Park in Baileys Harbor.