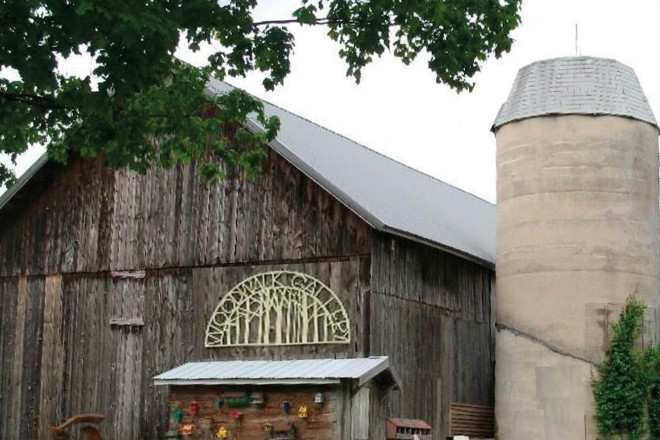 Wedding venues like the Woodwalk Gallery in Egg Harbor could be required to obtain liquor licenses to serve alcohol at events if the Tavern League of Wisconsin gets its way. Photo courtesy of Woodwalk Gallery.

A 2018 bill in the legislature sought a similar requirement, but the bill died in the Senate. Schimel’s analysis does not represent binding law, but it can serve as persuasive evidence should a party choose to sue a venue operator for failing to acquire a liquor license. That party would likely be the Tavern League of Wisconsin, which lobbied heavily for the 2018 bill and applauded Schimel’s brief.

The Tavern League cited safety concerns with unregulated venues selling alcohol regardless of if the event is private. Critics of the Tavern League say the regulation is an attempt to develop a monopoly over alcohol consumption

“It’s not surprising that the Tavern League wants to hurt, or even eliminate, their competition,” said Rick Esenberg, president and general counsel of the Wisconsin Institute of Law and Liberty, in a statement. “But the law should not help them in their contrivance. In this case it doesn’t help them and should not be read to do so.”

In Door County, the issue of liquor licenses is particularly sensitive. A quota on the number of licenses available in each municipality is significantly below demand for them. Most municipalities do not have any more of the $10,000 liquor licenses available for business owners to purchase In 2016, the Town of Sevastopol planned to charge an Egg Harbor cheesemaker $100,000 for one of the town’s rare spare licenses.

Wisconsin law does not do a very good job of clarifying what a “public place” is. Schimel’s analysis of the phrase includes event spaces that can be rented by the public, even for private events. Schimel said his analysis was based solely on the text of the statute, not his personal preference or what the legislature intended to do with the existing statute.

The analysis aligns with an earlier memo from the state’s Wisconsin Legislative Council, stating, “Private events such as weddings, fundraisers, and parties could not include alcohol beverage consumption if they are held on rented, unlicensed premises.”

Following the proposal of the 2018 bill seeking licensure of event spaces, Sen. Rob Cowles considered the effect it would have on parking lots outside of Lambeau Field, where fans park and drink alcohol.

“I believe it is simply unreasonable to ask a homeowner to apply for a liquor license to allow a few tailgaters to get ready for gameday in their yard,” Cowles said in a statement in March.

Wedding barn operators may be required to purchase liquor licenses or face litigation. Otherwise, the legislature may clarify its definition of a “public place” to exclude venues such as wedding barns.

Schimel lost his bid for reelection on Nov. 6 to Josh Kaul, who is expected to take up the role of Attorney General in January.